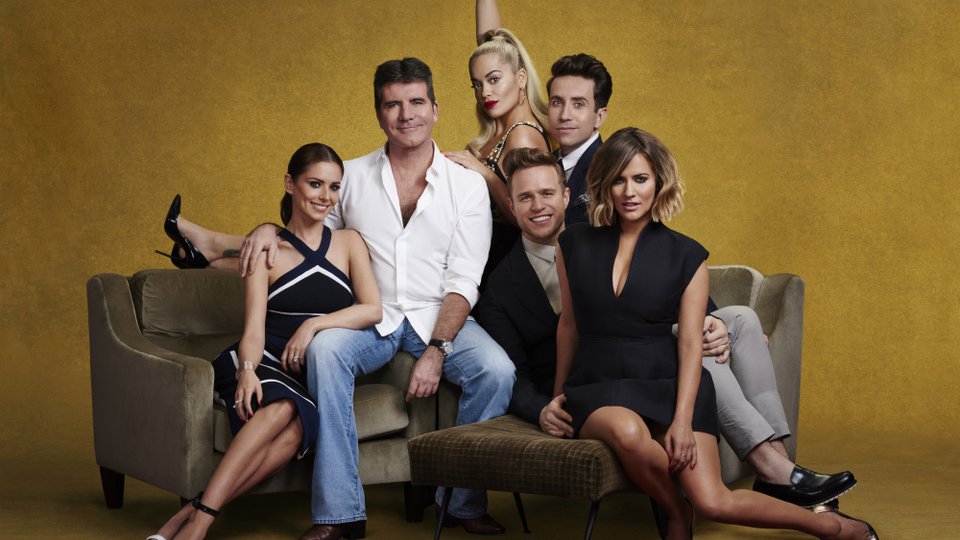 The first official images of the judges and presenters for The X Factor 2015 have been released.

Simon Cowell and Cheryl Fernandez-Versini are joined by new judges Rita Ora and Nick Grimshaw for the new photos. The show’s new presenting duo Olly Murs and Caroline Flack are also features. All of the judges and presenters pose for individual shots as well as appearing together in a series of group shots.

TV’s biggest search for the next pop sensation is back on Saturday. The hopefuls will sing in front of the judges and an arena audience of thousands to secure a place at Boot Camp.

The show has promised to shake things up this year and it’ll be the first series not to include long-time judge Louis Walsh on the panel. Last year’s fourth judge Mel B will also not return for this year’s series.

The X Factor returns at 8pm on Saturday and 8pm on Sunday. Take a look at the new shots of the judges and presenters below: