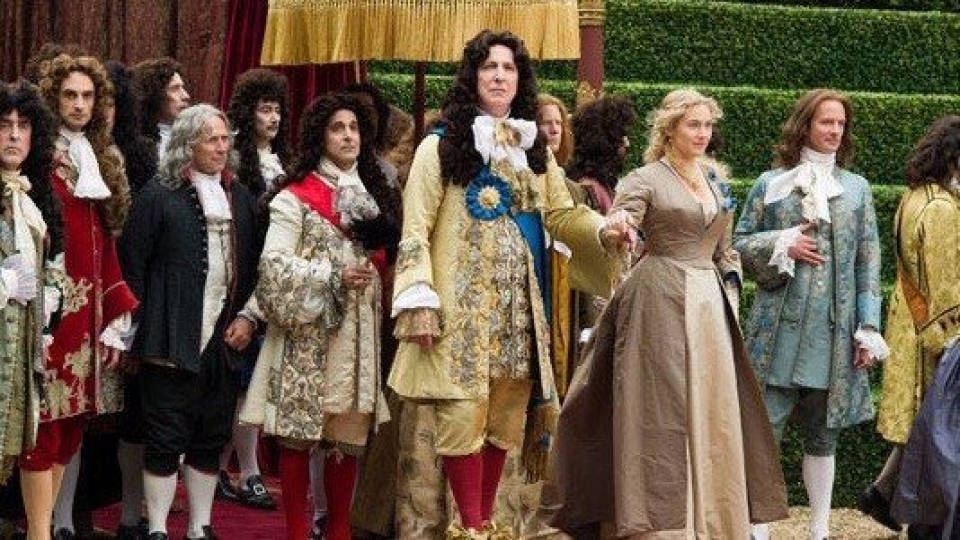 Female landscape-gardener Sabine De Barra (Kate Winslet) is given the prestigious task of landscaping the grand gardens at Versailles for King Louis XIV (Alan Rickman). Her struggles aren’t just confined to the job at hand, when would-be love interferes in the shape of André Le Notre (Matthias Schoenaerts).

Alan Rickman directs and stars in this gloriously fun fable that has all of the hallmarks of a classic period-set romantic comedy. Kate Winslet delights as a pioneering woman in a man’s world, who finds expression and creative freedom in her job. This, in turn, leads to a chance encounter with love – something she has all but given up on.

Winslet oozes grace every time she’s onscreen and shares a wonderful chemistry with all of her co-stars. Matthias Schoenaerts continues to be the most versatile actor of his generation and makes for a dashing love interest, whilst Helen McCrory delights as his distant and devious wife. Throw in a delicious cameo from the always-reliable Stanley Tucci and you have a true period-piece treat.

Worth it alone for Alan Rickman’s magnetic performance in front of camera, A Little Chaos proves that Rickman the director is just as accomplished. Gorgeously shot with a keen eye for beauty and natural comedy, A Little Chaos is a delightful gem that guarantees a good night out.