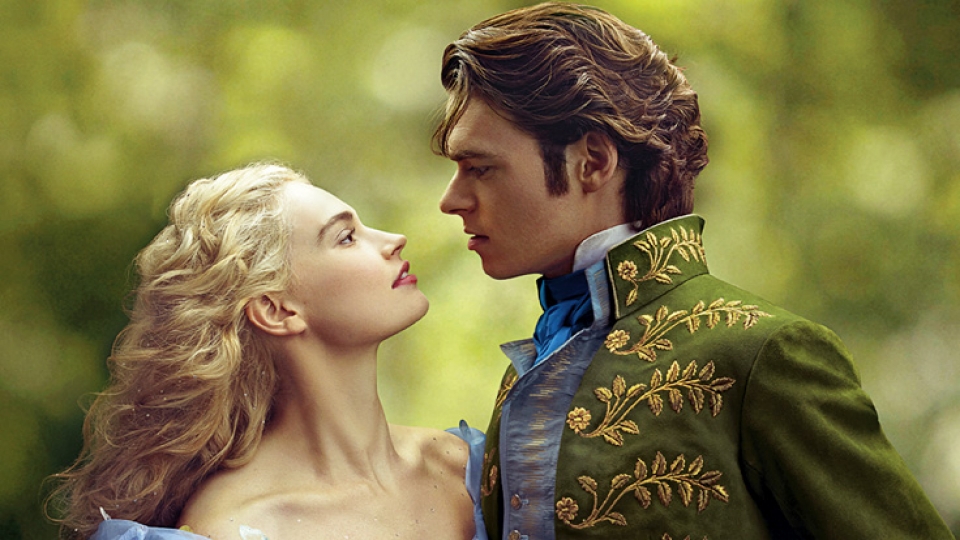 Poor Ella (Lily James) is forced to live in hardship by her wicked stepmother Lady Tremaine (Cate Blanchett) and her two daughters (Holliday Grainger and Sophie McShera). That is, until she has a chance encounter with a charming Prince (Richard Madden) and a Fairy Godmother (Helena Bonham Carter).

Kenneth Branagh directs this live-action version of the timeless classic. The story might be familiar but Disney have nonetheless delivered a sumptuous-looking fairytale, sprinkled with plenty of their trademark magic.

Downton Abbey alumni Lily James is quite perfect as Cinderella and she easily handles the task of leading such a big picture. Game of Thrones’ Richard Madden makes for a dashing prince charming and both he and James convince as love-struck leads.

The magnetic Cate Blanchett steals her scenes as the wicked step-mother, with her character being humanised a lot more. This makes for a much more satisfying story to see unfold and gives depth to all the characters involved in the central plot. Holliday Grainger and Sophie McShera are devilishly delightful as bickering step-sisters and there’s great support from the likes of Derek Jacobi (as the King who has a wonderfully warm dynamic with Richard Madden as his son), Stellan Skarsgård, Haley Atwell, Ben Chaplin and Helena Bonham Carter.

With more live-action versions of Disney’s library to come, Cinderella is a fine family treat that will keep everyone happy. With Branagh on-board he gives the movie a luscious, regal feel that perfectly complements the classic tale of good overcoming evil. With his keen eye, some great ensemble performances and that unmistakable sparkle that only Disney can bring, Cinderella is a great experience that will appeal to all.