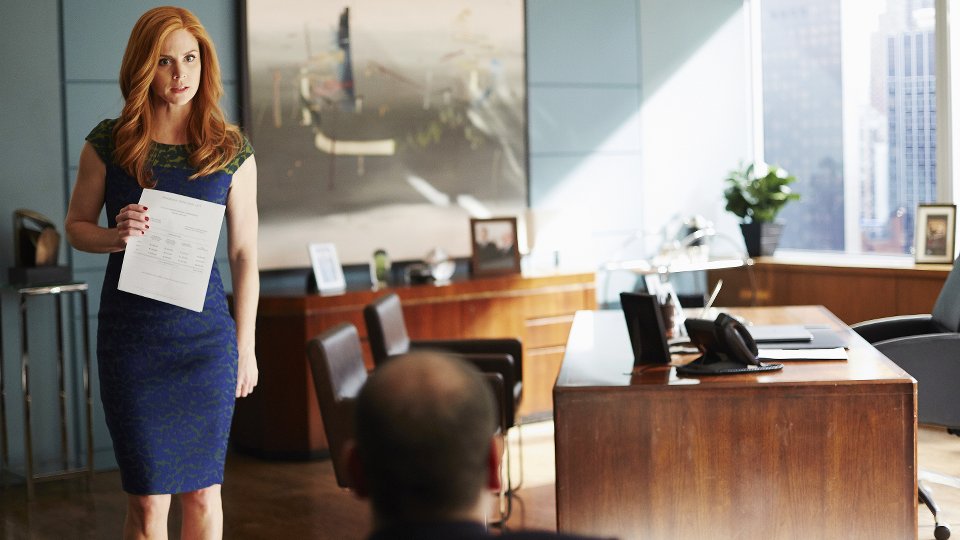 Louis (Rick Hoffman) tried, and failed, to earn brownie points with Harvey (Gabriel Macht) on the latest episode of Suits.

After finding out that senior partner Jack Soloff (John Pyper-Ferguson) was going propose a reworking of the firm’s compensation formula to favour billables, Louis decided to shoot down Jack’s plan at a partners’ meeting to show his support for Harvey, whose salary would take a hit if the changes were approved. During the meeting Louis followed through on his plan and was humiliated when Harvey didn’t appreciate the gesture.

Angry, Louis re-aligned with Jack and circulated copies of Harvey’s salary information. He also discovered that Harvey used to subsidise Donna’s salary with his own money putting Louis in an awkward situation.

Elsewhere in the episode Mike (Patrick J. Adams) took on a case for a former colleague, Rachel’s (Meghan Markle) father pressured her into getting Mike to sign a pre-nup, and Harvey threatened to take Donna back from Louis.

The next episode of the season is No Refills. Mike teams up with his future father-in-law after Jessica says no to his case. Meanwhile, Harvey uses Charles Barkley to retaliate against Jack Soloff, but the fight and another confrontation with Donna triggers another anxiety attack.