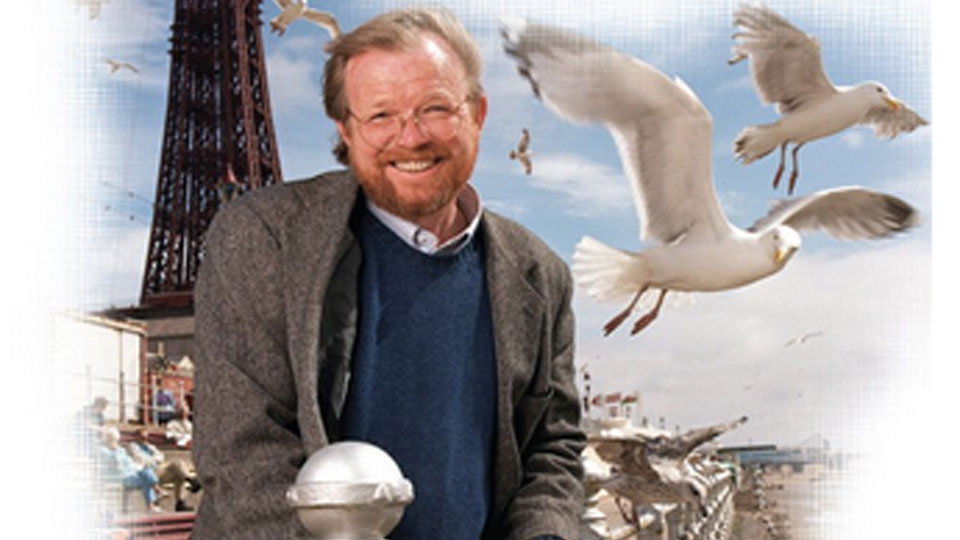 Bill Bryson’s book Notes From A Small Island is enduringly popular, and for good reason. It took an outsider – in Bryson’s case, an American – to capture what it is that makes the British psyche and character so unique. With genial good humour and an eye for detail, Bryson’s exploration of the British Isles is a wise and funny travelogue that gently pokes fun at British quirks and foibles.

In 1998, Bryson returned to the UK for another tour, this time taking with him a camera crew, and a six-part series loosely based on his best-selling book was created, first airing in 1999.

Notes From A Small Island is, like the book, warm and charming, and it takes in many British cities, towns and islands, most of which are not the usual tourist traps (OK, so London features in the first episode).

Along his travels, Bryson meets up with various well-known British entertainers from the world of comedy. The omnipresent Stephen Fry drives him around London in his black cab, and they stop off for tea with a group of cabbies. Later, Victoria Wood sits in the rain with Bryson by the seaside and speaks of the indomitable British spirit. Alexi Sayle entertains Bryson in his native Liverpool, taking him to a spectacular pub where he attempts to unpick the scouse humour. These interludes are welcome invasions, since the banter Bryson develops with them is more amusing than his solo addresses to the camera. Bryson has an avuncular quality, but he is softly and slowly spoken, and his voice can, after a while, have a soporific effect. In short, he’s not as funny and engaging as a presenter as
he is in writing.

Nevertheless, Notes From A Small Island remains an enormously enjoyable travelogue, and Bryson’s trips to places like London, Liverpool, Blackpool are stark reminders as to how vastly some places have changed after redevelopment in the intervening decade and a half.

The most interesting aspect of the series is often the moments of historical interest that capture Bryson’s imagination. Thus we see him visit Karl Marx’s London residence, explore the miles of secret tunnels beneath Liverpool, and visit Saltaire, shedding light on its benevolent founder, Titus Salt.

The series, much like the book, emerges as Bryson’s love letter to what was, for many years, his adopted country. Like real love, his affection for the place is often because of its faults and failings, rather than in spite of them. The curious British amusements, such as morris dancing in England and caber-tossing north of the border, come under Bryson’s wry eye.

The series is very colourful and directed with visual flair, so it’s also very easy on the eye. It’s not as good as the book – but it’s still an enjoyable journey to take, and leaves you with a warm, fuzzy feeling inside.