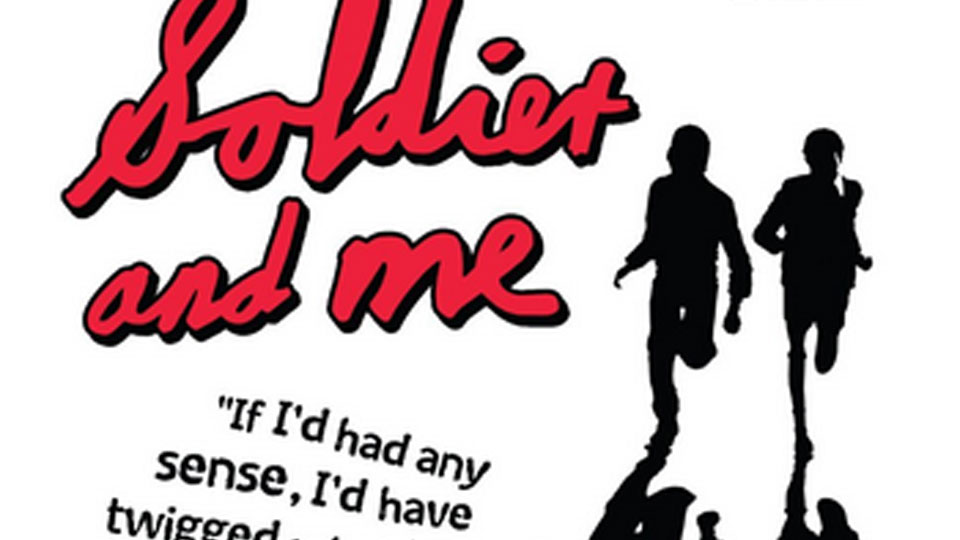 Soldier and Me is a children’s television series from the mid-1970s. Made by Granada television, and shot entirely on film and mostly on location, it’s an expensively-produced thriller, and it stands up today as cracking drama. Although made for children and young adults at the time (we’d guess a 10-16 demographic), David Line’s intelligent script transcends its target audience (with an expansive story that incorporates the fallout of the Czechoslovakian uprising) and leaves this action adventure series appealing to contemporary lovers of classic British TV.

Jim Woolcott (the late Gerry Sundquist) is a popular fifeen-year old, streetwise enough to survive in a tough school. When he sees a young Czech immigrant attacked by a gang, he steps in to save him. This one act of kindness sees the boy – Istvan Szolda (Woolcott Anglicises his name to ‘Soldier’ – hence the title), clinging to Woolcott like a devoted puppy. When Szolda overhears a group of his fellow countrymen plotting murder, he persuades Woolcott to help him investigate, and they witness the apparent killing of an old man. But when the police laugh off their story, and the Czech gang tracks them down to silence them, Woolcott and Szolda skip town and escape to the coutryside together, only to find themselves ruthlessly pursued by the criminals at every turn, and finding no solace or welcome in a hostile environment.

The prospect of British TV series with child leading actors often makes us shudder with dread – but we had no such concerns with this series. The lead, and the narrator of the series, Jim Woolcott, is brilliantly played by Gerry Sundquist. It’s great to hear a northern accent in TV of the era (as well as see an entire drama set in the north of England – almost unheard of at the time), and Sundquist makes the most of the drily ironic lines and delightful colloquialisms from writer David Line. Sundquist is paired-up with the equally excellent Richard Willis – and the contrasts between them, both physically and in their personalities, are what makes their characters so strong and credible and their adventures so entertaining. Whereas Woolcott is tall and confident; Szolda is short, skinny and bespectacled. Willis’ Czech accent is remarkably credible and consistent for such a young actor.

The core friendship is depicted with refreshing honesty. Szolda irritates Woolcott, who often takes out his frustrations on him, but Sundquist plays regret nicely, so we understand his very human reactions to being lumbered with Szolda. Willis too retains our sympathy. It’s no easy task depicting a nerdy intellectual outsider without alienating the viewer, but he plays Szolda with such sweetness and vulnerability (he’s so like a puppy Woolcott’s friend even throws a ball for him to fetch) that it’s impossible to dislike him.

The ten-episode story is thoughtfully written, with an unusual amount of character development for a thriller, and the surprisingly large budget stretches to shooting the whole production on film. Admittedly, the production team didn’t use the most expensive film stock (probably 16mm), and the colours now look washed-out, especially the greens which is apparent in the sequences shot in the Lake District. Director Carol Wilks keeps a great handle on the story as well as the action sequences (Wilks and producer Brian Armstrong had a World in Action heritage that lends the serial a stark, documentary feel that serves the drama well). A leap from a moving train is astonishingly effective, and the young actors are further put through their paces with a downhill race on a bike with no brakes, falls into icy lakes and skids down the sides of quarries.

The only negative criticism of the series, besides the relatively poor picture quality, is that after the first few episodes, the story becomes repetitive. The boys narrowly escape from the Czech gang and find somewhere to hide out, only to be tracked down again and have to move on: and repeat. There is though, the growing sense of encroaching danger, and, whilst Soldier and Me could probably lose fifty minutes without hampering the story, the resolution in the final instalment doesn’t disappoint.

For fans of British character actors, look out for Richard Wilson (One Foot In The Grave) who plays a prominent supporting role, and is, as always, a delight to watch.

Overall, Soldier and Me holds up really well four decades after it was made thanks to nuanced writing that doesn’t patronise a young audience, compelling performances from the juveniles and some surprisingly adult themes. There’s plenty of humour in it to counterbalance the darker themes of murder, kidnapping and the hunting of children, though I’m not sure you’d get away with depicting a sinister old farmer firing his shotgun at kids any longer. Shame: TV was braver in those days, and all the better for it. If you remember the serial from your childhood, then revisiting it will prove a nostalgic trip you will adore taking. Your memories haven’t cheated: it really is terrific drama, and well-deserving of the BAFTA it won in 1974. Richard Willis recalls filming Soldier and Me in the DVD booklet.