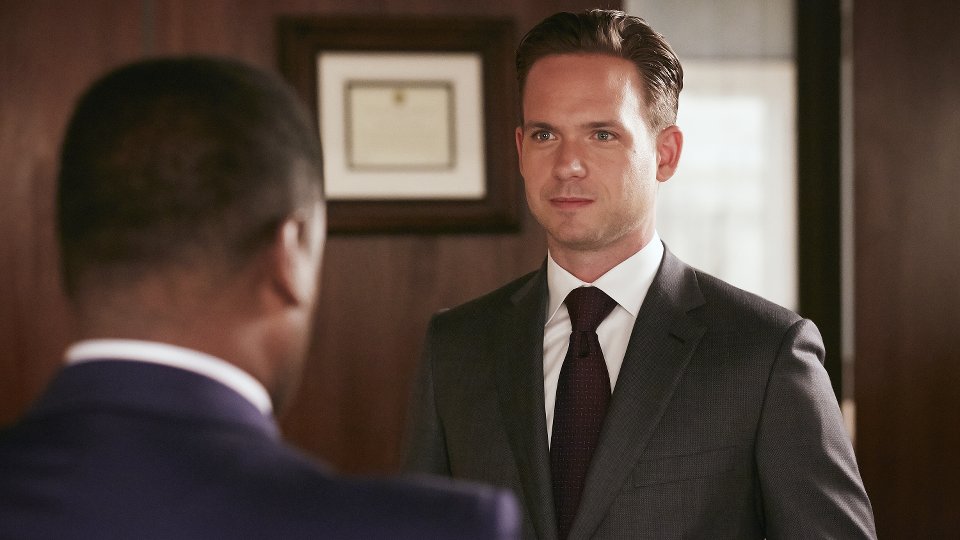 Harvey dealt with the loss of Donna by taking anti-anxiety medication but was sent to see therapist Dr. Agard (Christina Cole) before any more pills could be given to him. Louis was worried that Donna’s decision to work for him would only be temporary and he was paranoid that she was going to go back to Harvey.

Elsewhere in the episode Harvey took on a tough bankruptcy case, Jessica (Gina Torres) adjusted to being single again, and Mike (Patrick J. Adams) and Rachel (Meghan Markle) were excited after announcing their engagement.

The next episode of the season is Compensation. Jessica thinks that Harvey is putting out his “Donna anger” on Louis, as an ambitious senior partner tries to take on Harvey’s salary. Rachel’s dad insists that Mike and Rachel sign a prenup.