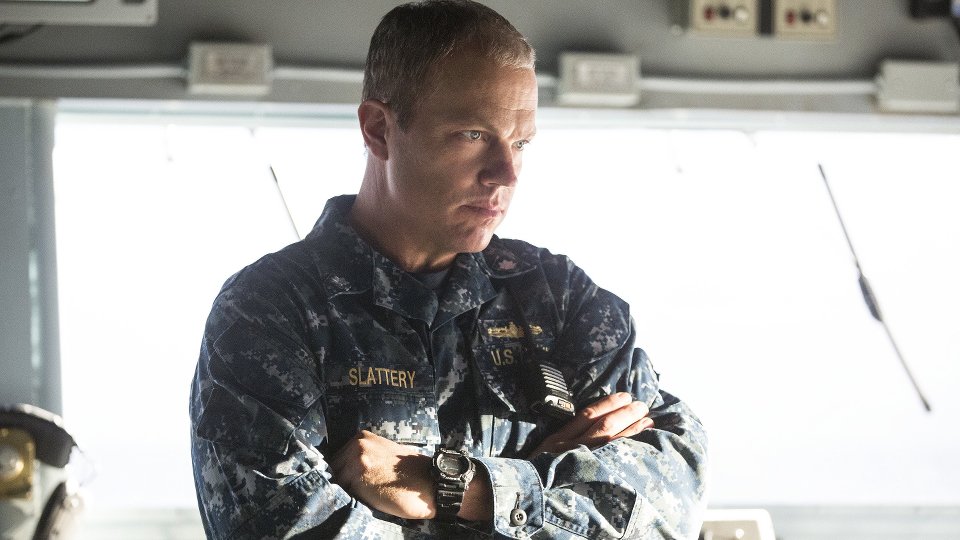 Chandler (Eric Dane) managed to get up close and personal with the immune on the latest episode of The Last Ship.

Against advice from Slattery (Adam Baldwin), Chandler boarded a bus that was taking people to the immune. Out for revenge and determined to stop them destroying any more cure labs, Chandler found himself in the audience of a motivational speech by leader Sean (Brían F. O’Byrne).

Elsewhere in the episode Dr. Scott (Rhona Mitra) watched a video of her mentor being seemingly murdered and decided to complete his work by creating a powdered version of the cure. She got inspiration from the Nathan James cook Bacon (Amen Igbinosun).

Also Niels (Ebon Moss-Bachrach) further ingratiated himself in Sean’s good graces much to the dismay of Ned (Nick Court).

The next episode of the season is Alone and Unafraid. As Chandler closes in on Sean’s inner circle, he discovers it contains a surprising member. Meanwhile, XO Slattery struggles to evade the submarine.

Advertisement. Scroll to continue reading.
In this article:The Last Ship