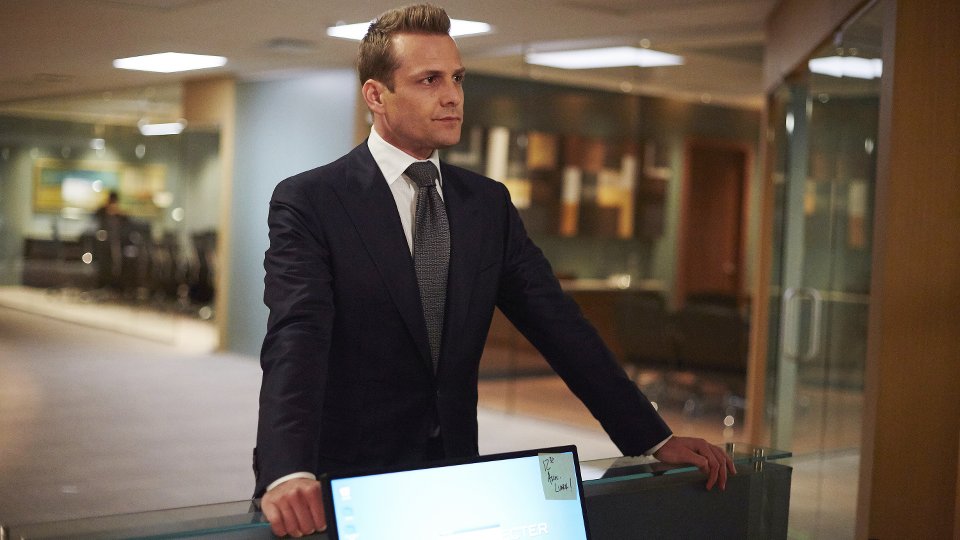 Suits returns to the UK on Monday night with an all-new season.

The legal drama ended its fourth season with Donna (Sarah Rafferty) telling Harvey (Gabriel Macht) that she could no longer work for him. She quit her job and went to work with Louis (Rick Hoffman) leaving Harvey in shock.

The season five premiere is Denial. It’s a sad time for Harvey as Donna quits to work for Louis, but Mike and Rachel are in a happier mood as they toast their engagement.

Suits has already been renewed for a sixth season so there’s plenty more Harvey Specter and co. to come!

Tune in to Dave at 10pm on Monday to see the episode. Preview it with our galleries below: