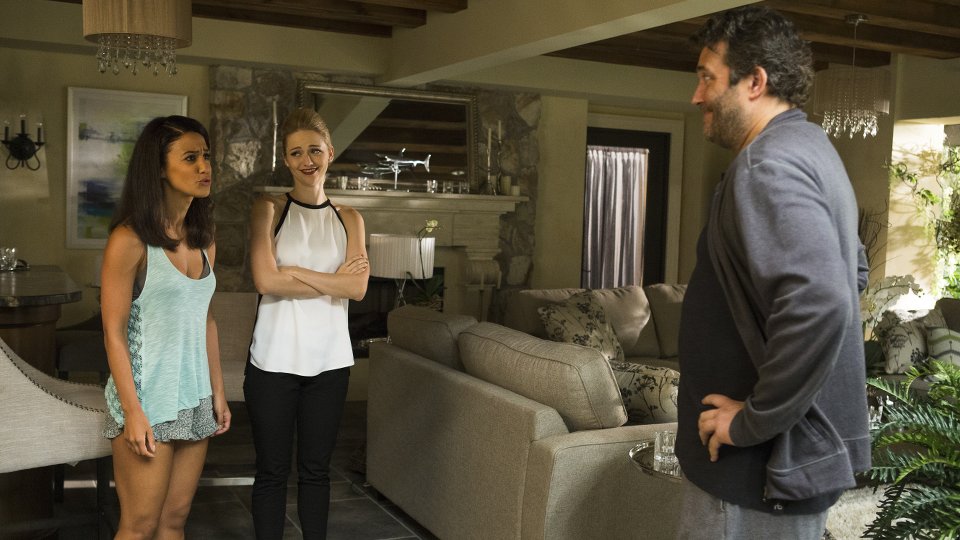 Rachel (Shiri Appleby) went against her manipulative nature to protect one of the Everlasting contestants on the latest episode of UnREAL.

In the latest episode Rachel and Jeremy (Josh Kelly) accompanied Adam (Freddie Stroma) to Faith’s (Breeda Wool) hometown for a date. Whilst there Rachel realised that Faith was actually a lesbian who was struggling to come out due to her strict religious beliefs. Rachel used Adam to avoid a near disaster when Faith decided to come out on camera but the footage of her earlier confession still made it’s way to Chet (Craig Bierko).

Elsewhere in the episode Shia (Aline Elasmar) replaced Mary’s (Ashley Scott) pills in the hope of getting her to be more wild on camera, Quinn (Constance Zimmer) tried to sue Chet, and Adam made a pass at Rachel after she almost hooked up with Jeremy.

The next episode of the season is Fly. Adam meets Mary’s family as the potential in-laws get to size him up. Off camera, Rachel and Quinn make some questionable decisions to win a bet with Chet.