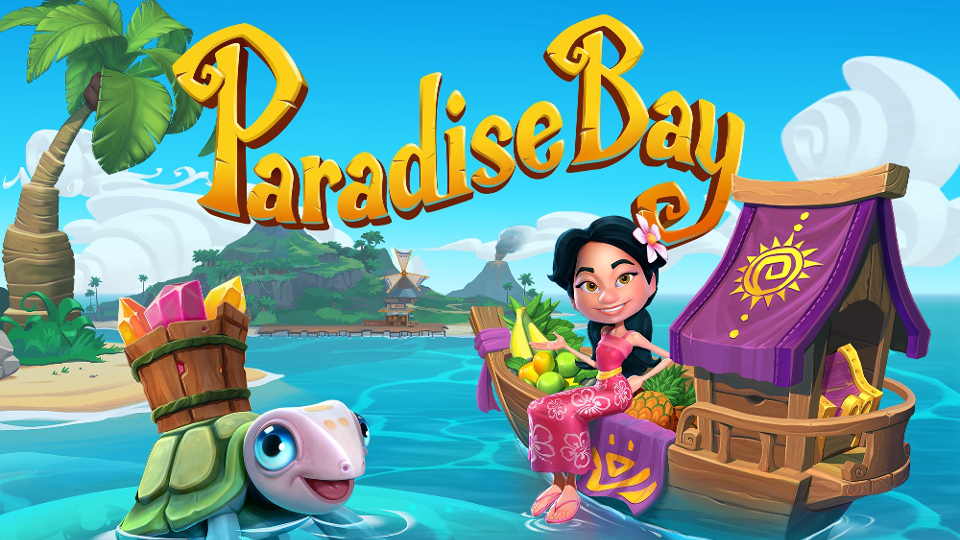 King (Candy Crush) has launched its first simulation game, Paradise Bay. In the game players will embark on an exciting journey of exploration and discovery as they build and customize their very own tropical paradise and return the island to its earlier days of flourishing prosperity and booming business.

Paradise Bay begins as players arrive on the island in a quest to transform their new home into a thriving port and market. They will journey through lands of crystal clear waters and the bluest of skies, collecting long-lost map pieces and selling their wares to players from around the world. They will also discover exciting new islands where they can find great deals, unique gifts and surprises and trade with the characters they meet. New trade routes will open up and new relationships will blossom, creating a world of endless discovery and possibility.

Along the way, players will meet a quirky cast of colourful characters, including local residents Keani and Finn, and animals like Skippy the turtle, a gaggle of seagulls and more, who will help spread the word of their thriving island and unearth new opportunities, treasures and discoveries.

[quote by=”Lou Fasulo, Studio Head at King”]We’re really excited to launch Paradise Bay which is the first game to come out of our Seattle studio. It’s a new type of game for King which offers immersive and strategic gameplay, allowing players to build their own trading port, uncover the mysteries of their island and interact with an array of fun and friendly characters. Paradise Bay offers players the ultimate escape.[/quote]

Paradise Bay requires creative and strategic thinking in order to succeed. The game is also packed full of social features that can be enjoyed by players connected via Facebook. Items can be traded with other players in the markets and players can assist friends by participating in dives for long-lost treasure and reap rewards when they do.

Paradise Bay is available to download for free on iOS right now and is coming to Android soon. EF will have a full review of the game later this month.