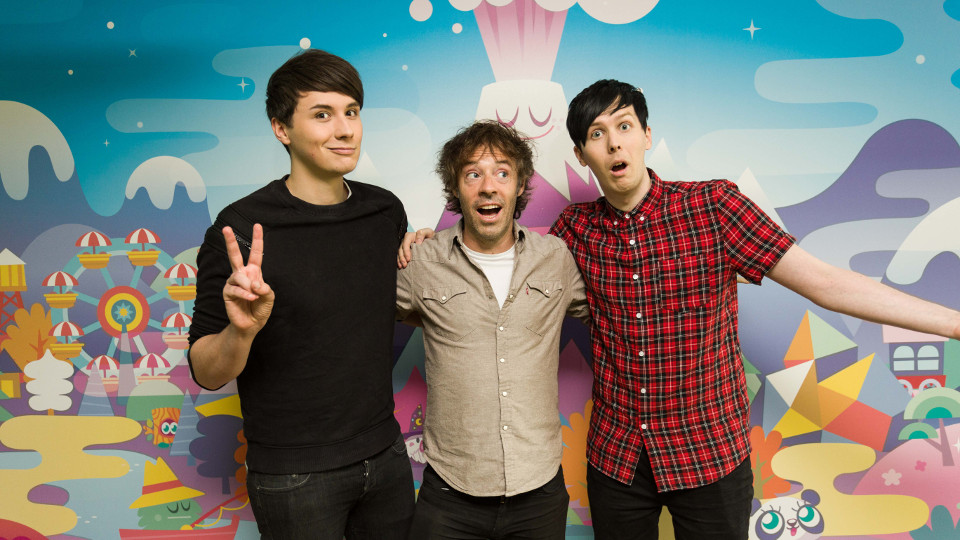 The 7 Second Challenge was originally created by Phil as a video for his YouTube channel. It quickly turned into a hilarious internet phenomenon with many of the world’s biggest YouTubers from Zoella to PewDiePie taking part.

Dan and Phil have taken The 7 Second Challenge everywhere, from BBC Radio 1, to The BRITs where they’ve played the game with the likes of Ed Sheeran, Sam Smith and Nick Jonas, and have now collaborated with Mind Candy to bring it to smartphones as an all new mobile game.

In the app you set challenges for your friends to undertake, and instantly get a video of the challenge to share their success (or failure) with the world! You can even play games with up to four friends in ‘Party Mode’ to see which one of you is the challenge master.

[quote by=”Dan and Phil”]The 7 Second Challenge has been a huge hit in the world of YouTube and we’re incredibly excited to have made it an app everyone can download and play! The game is a hugely entertaining and shareable experience. Mind Candy is incredibly creative and passionate about the games they make and understand our YouTube world which made them the perfect people to bring this game to life.[/quote]

Best known for their huge YouTube following, Dan and Phil currently have over 10 million subscribers across their channels and over 700 million views on their videos – as well as millions of followers on their social networks. Recently the guys have branched out, releasing a chart-topping book and announcing a UK tour which is on the brink of selling out.

[quote by=”Michael Acton Smith, founder of Mind Candy”]As with all Mind Candy titles, we’ve designed The 7 Second Challenge to be above all else, really fun. Working with Dan and Phil has been brilliant, we love collaborating with likeminded creative people and bringing new things to the market, especially when there is so much passion behind the project.[/quote]

We’re also hearing that Dan and Phil will be joining PopJam with their own channel in the near future.

You can download the 7 Second Challenge App for iOS from the iTunes Store. An Android version should be coming soon.