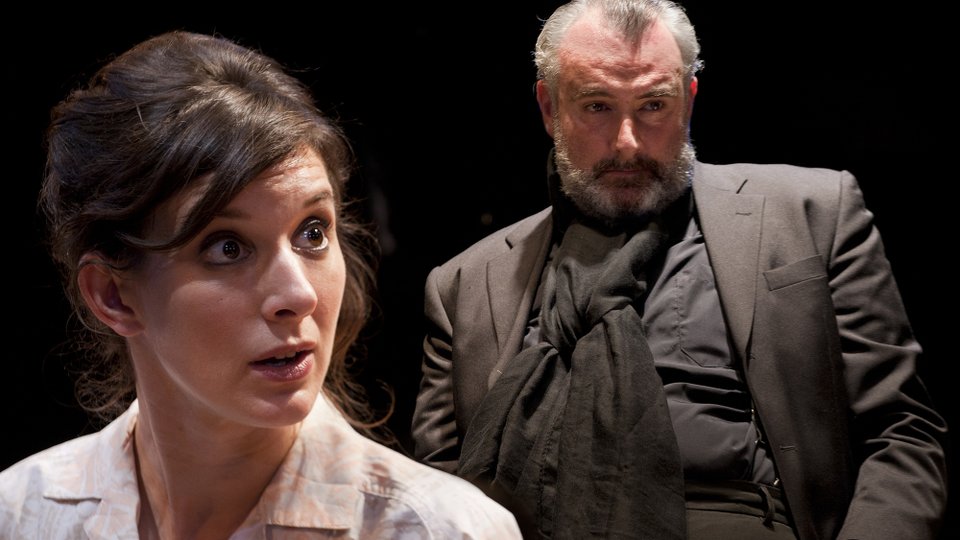 Orson’s Shadow is a fantastic idea for a play. It follows the inside story of the collaboration between two of the Twentieth Century’s giants of the performing arts, who could not be more different. Sir Laurence Olivier is the quintessential English stage star – mannered, theatrical and constantly reinventing himself. Orson Welles is Hollywood’s spurned genius; an outspoken American who, aged 26, made Citizen Kane, and has diminished in relevance ever since. What they share in common is equal measures of egomania and neuroticism.

So when Ken Tynan, the celebrated theatre critic, has a wheeze to bring them both together for Orson to direct Larry – the stage is set for a fascinating collision.

Austin Pendleton’s story of course takes liberties with actual history, but Welles did direct Olivier in Rhinoceros in 1960, whilst the English knight was leaving his increasingly insane wife Vivien Leigh and at the same time falling for his much younger co-star Joan Plowright. Orson’s Shadow is a feat of considerable imagination and insight into the working methods of two great artists, touching on Olivier’s well-documented troubled private life. The first act follows Ken Tynan (Edward Bennet – excellent, and looking astonishingly like he’s been teleported straight from 1960) as he approaches both Welles and Olivier individually, building towards their meeting in the second.

The success of such a venture relies on the performances to ring true, and Orson’s Shadow assembles a terrific cast. It’s Adrian Lukis as Olivier who impresses us the most. It’s not so much an impersonation as a suggestion of Olivier, with excellent detail such as the habit of rolling the tongue. However, Lukis shows us the cracks and vulnerabilities behind the brash façade, often with a fair bit of humour too. John Hodgkinson is equally believable as Welles, even if the pace of delivery could do with a touch more variety. Louise Ford is a steady, sedate presence as Joan Plowright – never showy and shining in all the right moments, often when delicately imparting wisdom to Larry.

We felt that, whilst Gina Bellman’s turn as Vivien Leigh is finely-performed, the threat of Leigh to Olivier and Plowright might have worked better by keeping her as an off-stage character, unseen and unheard on the other end of a telephone. It’s endemic of the only real weakness in this hugely enjoyable play – the inevitable problem of exposition, which is a touch clumsy in parts. Seemingly playwright Austin Pendleton is aware of this since he chooses not to try to disguise it, but to accentuate it by using Ken Tynan to directly address the audience and apologise for the clumsy exposition – cheeky! He also announces the interval (OK, so we loved that); and later Joan Plowright – the only survivor of the characters to this day, wraps things up in a similar fashion. For us, this taking a sledgehammer to the fourth wall didn’t quite work, but neither did it detract from our investment in the story, which is rich with nuance and emotion.

The most triumphant scene in the play is the rehearsal of Rhinoceros, depicting Welles and Olivier sparring together, and Plowright gently playing both sides. It’s worth seeing for that alone. The production will likely appeal most to a slightly older demographic, who are aware of the work of Welles and Olivier. Naturally, for fans of those two great men, Orson’s Shadow is a must-see.