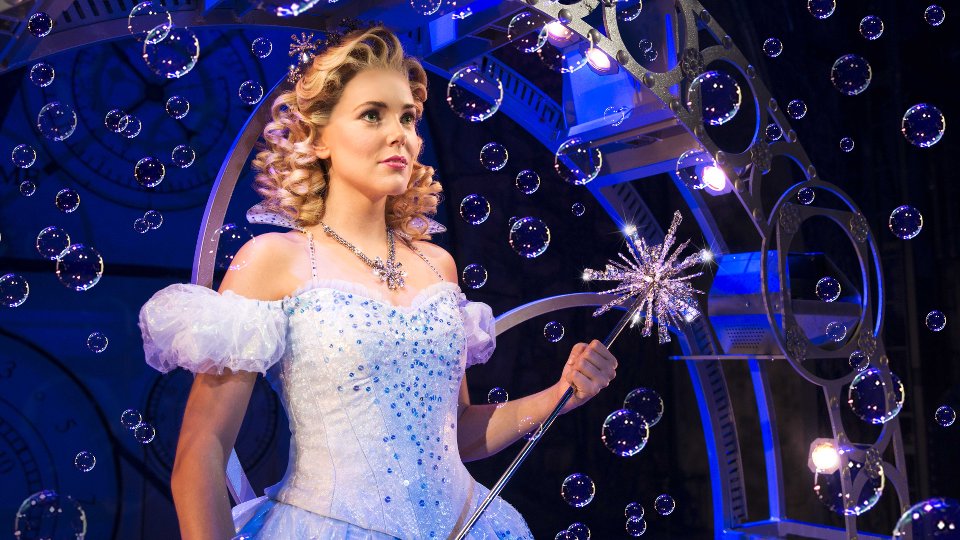 The Wicked touring cast have been on the road since 2013. They have visited several theatres and played to joyful audiences every night. The end is in sight for this run, however – at its current and final location of Salford, in Manchester. Wicked is a magical musical, which has won numerous awards and delights thousands of people each week. Is it also one of our favourite musicals of all time, so we were very excited to get the opportunity to find out more, from the people who know the show better than anyone else – the current touring cast of Wicked.

As the touring cast gets in to its final few weeks, we have set up several interviews with some of the cast, to see what the experience has been like for them and to find out a whole lot more. We’ve had many karaoke sessions that has included Defying Gravity and we never tire of listening to it! It has been a pleasure to learn more about what its like behind the scenes and life on the road. This is the first instalment, of three exclusive interviews and we hope you enjoy them!

Here is our interview with the talented Emily Tierney, who has played Glinda, since the show began touring in 2013.

The Wicked tour began way back in Manchester in 2013. What were your expectations before the tour began?

I was possibly the most excited I have ever been! Glinda has always been a dream role for me, and being given the opportunity to take this incredible show out on tour for the first time was pretty incredible. I was so nervous because I knew a lot was being expected of me but so excited to be part of this shiny new production!

Can you remember where you were, when you were told that you had been given the part of Glinda?

I was in Leicester Square and my agent phoned me and said ‘sit down, I have some very exciting news!’

There are many ‘best things’! The amazing frocks, getting to make people laugh every night, working alongside brilliant actors and an amazing crew, the glitter – so many things!

What do you love the most about Glinda?

Her absolute inability to see the negative! She sees the positive in everything and even though she is so naive in so many ways, her rose tinted outlook on life is what makes her so endearing.

What goes through your mind before you go on stage?

Have I got my microphone on? Have I remembered to put false eyelashes on? All sorts of things!

What has been your favourite moment of the tour?

There have been so many, but our opening night in Manchester two years ago was pretty incredible. I had all my family and agent watching and it was a really special night.

The tour is now coming to an end in Salford. What will you miss the most about it?

I will really miss playing Glinda every night, she is an absolute joy of a role. I will also really miss my Wicked tour family, I have made some incredible friends on this job.

Do the cast all hang out in between shows? Tell us what your relationships are like and what you all get up to?

I quite often have a quick nap between shows after I have grabbed some food as two show days are exhausting and everyone sort of does their own thing in between shows. We are so lucky though to all get on so well, across all departments! Quite often I’ll go and hang out in the wardrobe department with the girls in there between shows or go for food with my stage manager – I adore them all!

I’m very lucky to honestly be able to say I have great relationships with everyone, but I am particularly close to Jackie, Ashleigh and Sam (it helps on stage that we are good friends off stage!)

The costumes are quite spectacular. How long does the hair and make up take to get ready, prior to the performance, can you talk us through it?

I’m quite lucky – I don’t have to be painted green! I take about 15 minutes to do my makeup and have my wig pinned on. And then I douse myself in glitter (which we keep in a salt shaker) and I’m good to go!

Do you have a favourite song or scene from Wicked to perform?

I love singing ‘For Good’. The staging is so simple and stripped back and it’s such an honest beautiful moment in the show.

Why do you think people love this show so much?

I think people love the scale and spectacle of the show – there really is nothing like it – and there is something in Wicked for everyone of all ages. The costumes and set are spectacular and the songs are now universally known. But mostly I think people get so involved with the real heart of the production; the characters and story. Most people can associate with at least one of the characters and I think it helps the audience to actually relate to and really feel something when they come and watch the show. People often say they didn’t expect Wicked to be so moving.

A long holiday on a sunny beach!

For more information on Wicked’s UK tour and for tickets head over to www.wickedtour.co.uk