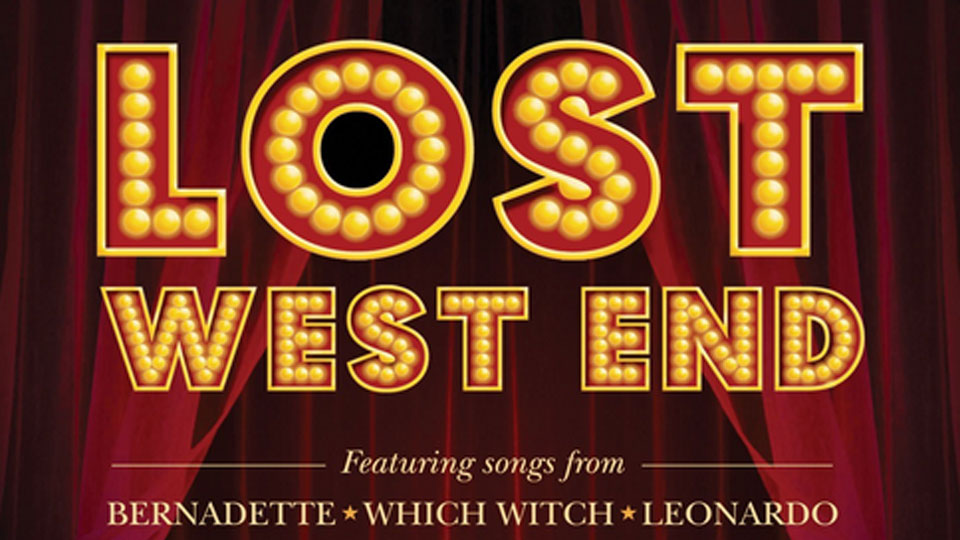 Hats off to Stage Door for this extraordinary collection of songs echoing down Shaftesbury Avenue like half-forgotten memories from shows that nearly were, ones that slipped into obscurity, as well as behemoths that flopped. Lost West End is a celebration of forgotten London musicals from 1976-2009.

As well as offering a commendable feat of research, with findings of renowned artists from the depths of the archives, Lost West End is hugely enjoyable in its own right. You may expect that a string of hits from unloved and uncelebrated shows would make for dreary listening, but you would be dead wrong. There is a rich variety of songs throughout the twenty-one tracks: all united by the sound of the stage, and the quality of some of them is excellent. One can only imagine other factors prevailed against the productions at the time.

Lost West End features musical legend David Essex singing (poignantly and with excellent vibrato) I’ll Go No More A-Roving from Mutiny!, whilst there’s the title track from Gone With The Wind, the short-lived 2008 musical based on Margaret Mitchell’s enduringly popular book. Admittedly that one, well-sung by Janene Lovello, suffers from some silly lyrics and the show never recovered from poor reviews. Beautiful Colours features lyrics co-written by legendary satirist Willie Rushton, whilst The World Was Changed This Morning is by musical theatre stalwart Denis King. There’s a lot of talent and history in this album.

Lost West End may be of especial interest to actors who may be able to take an unusual song choice to auditions – there are plenty of moods and emotions to choose from, with both male and female lead vocalists, as well as a few duets and ensemble pieces.

There are plenty of highlights, and everyone will have their own favourites. I Never Told Him I Love Him will be a hit with the considerable fanbase of inexplicably-popular Aussie soap Prisoner Cell Block H; sung by Simone Dee with more emotional intensity than ever reached the screens. In terms of quality, many of the best songs are cunningly placed at the start and end of the album. The opener Call Me Robin Hood, by Peter Howarth and 10CC guitarist Rick Fenn, is a bombastic attention-grabber, but also a sentimental song redolent of a Disney movie – stirring stuff for youngsters. The second track, The World Was Changed This Morning (sung by Alexander Hanson) is just a brilliantly-constructed song, full of changing pace and emotion. One of the most upbeat tracks on the album is Beautiful Colours, exuberantly sung by Angela Richards, whilst Only One Rose offers a complete change of direction with a melancholy lament with shades of the Middle Ages. The Four Dames is a terrific, sleazy ensemble piece with a bluesy element.

Lost West End emerges as a joyous and varied collection of fascinating musical curiosities that have been rescued from obscurity and preserved for posterity. It will raise curiosity about the shows from which the tracks are derived, but offers musical theatre fans a great compilation of mostly-strong and unknown songs.