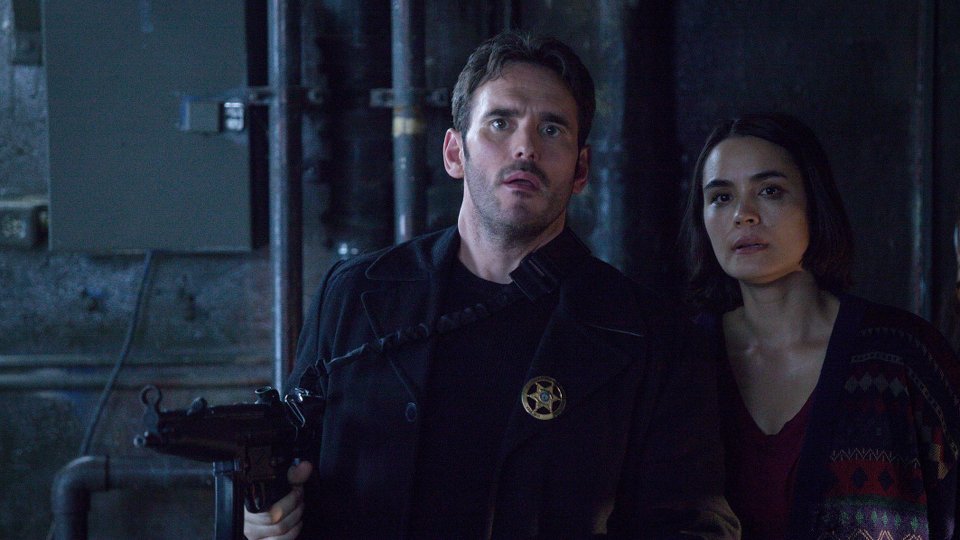 Wayward Pines only has one episode of its first season left and things are looking pretty dire for the town and its people.

Ethan (Matt Dillon) was pressured to hold a reckoning following the actions of Kate (Carla Gugino) and the insurgents. When he stalled for time, members of the first generation stormed the sheriff’s department and killed all of the captured insurgents apart from Kate. Ethan arrived just in time and shot the leader dead before imprisoning his accomplices.

Theresa (Shannyn Sossamon) was tipped off by Pam (Melissa Leo) about an underground bunker. In it she found videos from Adam Hassler (Tim Griffin) confirming everything that Ethan had told her. She showed the footage to Ethan and Kate, and the three worked together to get the town in one place by holding a fake reckoning for Kate.

With Ethan on stage in front of the whole town, he told them all the truth about Wayward Pines leading David Pilcher (Toby Jones) to turn off the towns power, which enabled the abbies to get in…

The season finales is Cycle. Citizens of Wayward Pines react to the truth as the thriller series comes to the end of its first season.

Tune in to FOX HD at 9pm on Thursday to see the season finale. Preview it with our gallery below: