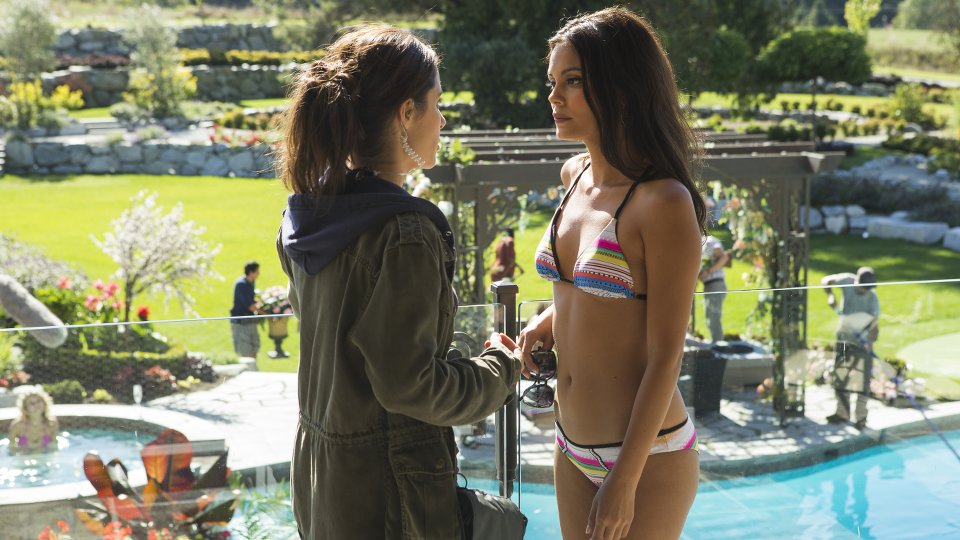 Rachel (Shiri Appleby) was faced with a moral dilemma on the set of Everlasting on the latest episode of UnREAL.

The producers were informed that Everlasting contestant Anna’s (Johanna Braddy) father is taken into the ICU. Quinn (Constance Zimmer) forbid Rachel to tell Anna but the troubled producer went ahead and did it any way. That resulted in Anna fleeing from the competition leaving Rachel and Jeremy (Josh Kelly) to chase after her. They managed to find her and bring her back but Anna was fuming when her emotional return was captured on camera for the show.

Anna threatened to leave the show but Rachel used Adam (Freddie Stroma) to bring her back by attending her father’s funeral and telling her she had a chance of winning. Very devious move Rachel!

Elsewhere in the episode Quinn got frustrated with Chet (Craig Bierko) when his wife showed up on set, Jay (Jeffrey Bowyer-Chapman) was tasked with making one of the African-American contestants into the show’s breakout character, and Shia (Aline Elasmar) manipulated Pepper (Stephanie Bennett) to cause issues with the other contestants.

The next episode of the season is Mother. Rachel’s mother agrees to lend her financial support, but the loan comes with strings attached. Back at the mansion, Adam looks forward to a triple dinner date.