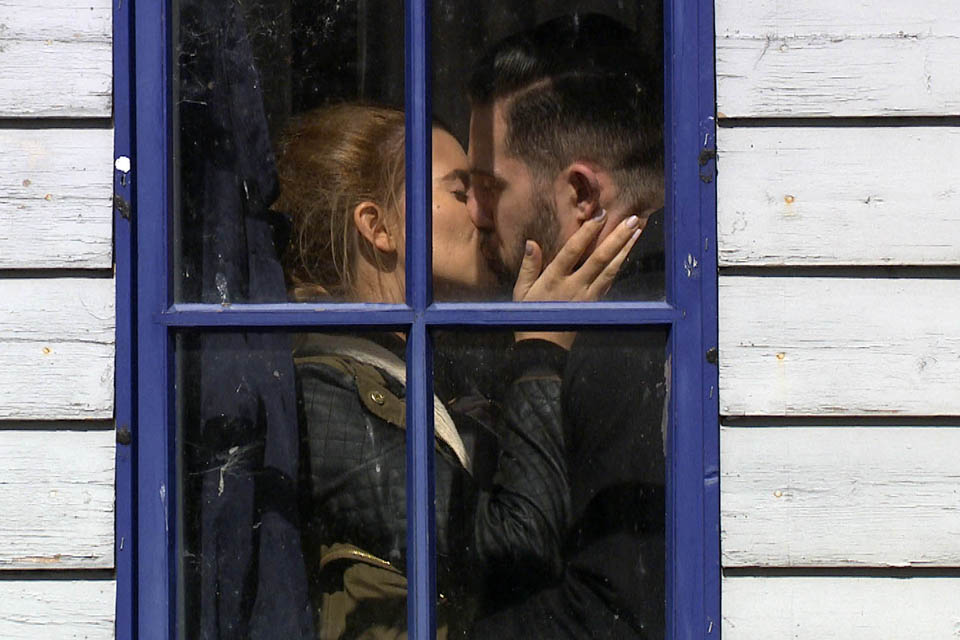 What’s in store for the residents of Emmerdale this week?  Read on to find out…

Debbie and Ross are seen kissing

Ross has got a plan to help Carly with her plumbing costs at the shop;  he hands her a set of keys and tells her not to ask questions.  Out on a country road, Carly assists Ross in stealing one of Jimmy’s haulage vans by faking a breakdown and enticing the driver to her aid before Ross clubs him over the head.  Just what is Ross’ motivation to help Carly, could it be guilt or is it more that he can finally pay off Charlie?

It seems like it could be the latter as his affair with Debbie rolls on and he tells her that now the debt is paid, they can be together.  Debbie is left confused.

Later, when she hears about Jimmy’s stolen van, she questions Ross only for him to deny it, which she seems to believe.  When she moves on to talk about Charity and Moses’ father, Ross quickly kisses her to distract her, but neither of them realise that they have been seen from afar.

Debbie is the first to find out when Moira tells her that she saw them kissing.  Debbie breaks down and tells Moira about the affair and she demands that she make a choice about which brother she wants.  Meanwhile, Ross let’s Finn in on their affair secret too.  With Finn and Moira now enlightened, how long before more people know?

Debbie tells Moira she’s made a decision and that it’s Pete she wants.  She then has to tell Ross the news, but how will he take it and will she stick to her guns when the chemistry between her and Ross is palpable?  It seems she could be wavering as she heads off to see Pete, but when he tells her Ross was involved in stealing Jimmy’s van she’s furious.  How can she trust Ross if he can’t be honest with her?

Later in the week, Ross visits Charity asking her to confirm that no one (especially not Debbie!) will find out who Moses’ father is.  Charity decides to use this to her advantage and agrees, but with certain conditions, of course!

When Carly hands Bob an envelope full of cash, he puts two and two together about where it came from and is horrified.  When she confirms his suspicions he’s left in turmoil over what to do and ends up turning to Diane who urges him to come clean to Brenda.

Bob takes her advice and an angry Brenda screams at Carly and gives Val a good hard slap.  It appears that she’s not willing to let it slide and let’s the police in on the fraud.  When they arrive to question Carly however, she tells the police that she’s Vanessa to avoid their questions and it looks like she might flee the village, leaving Bob and Val to pick up the pieces.

Bob feels guilty when he sees Jimmy selling his things and offers his help.  When Jimmy’s not looking he plants £2000 in a box and pretends to have just found it, but is left stuck when Jimmy insists it must be Pete’s.  Bob can’t stand by and watch the money go to Pete so has to come clean about the heist and Ross’ involvement.

Marlon makes a confession to Laurel

Laurel is relieved when she gets the all clear from the STI clinic and thinks that things can finally progress with her and Marlon.  When he comes home early from work to cook for her, she’s thrilled, but then they struggle for conversation and Laurel feels like Marlon is distant.  He makes a heartfelt confession to her.

Later, after some bad news, Laurel turns to Ashley for support leaving Marlon feeling guilty and that he needs to be a shoulder she can cry on too.  Although grateful, Laurel just feels the distance between them more than ever.

Paddy warns Aaron about Robert, but he doesn’t want to hear it.  Meanwhile, he’s shocked when Lawrence announces that Aaron has won a Business Enterprise Award for his work at the scrapyard.

Emma receives her divorce papers and decides to go on another date with Dr Bailey.  Will her intensity prove too much for him?

Moira bins another visiting order from Charity for Cain.