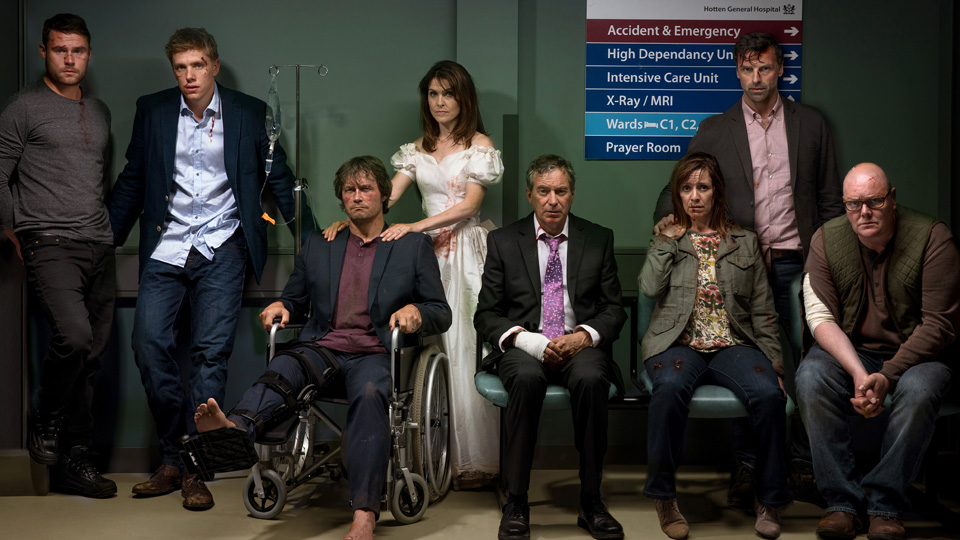 The week ahead is a very special one for Emmerdale and at least one village won’t live to see it to next week.  Who will dance their last dance?

The week starts with a flash-forward to a funeral, but who is in the coffin we won’t know until we’ve rewound to the start of the day and stories played out for each of the characters below that will converge in a terrible event that will leave at least one of them dead.

Read on for the breakdown of who is in trouble…

Robert is preparing to surprise Aaron by proposing, but it looks like Lachlan is suspicious of Robert’s relationship with his Aunt Rebecca and threatens to say that Rob sexually abused him.  Unknown to Lachlan, Aaron is listening in and in a fit of rage he throws Lachy into the boot of his car.

Later, Lachlan manages to escape and is followed in hot pursuit by Rob and Aaron; a chase that takes them to the edge of a dangerous cliff and the possibility that Aaron may fall and drown.

As Marlon and Paddy get ready to go camping with Leo, Pierce and Rhona argue over Paddy and Pierce storms off.   An upset Rhona decides to join the boys on their camping trip and lies to Pierce about being at home when he phones to apologise.  He is at home and is furious that she lied to him.

Will Pierce end up with Paddy’s blood on his hands?

Captive James checks to see if Emma has left Wylies and when he hears nothing he pulls the spare key from under the mattress and scrawls ‘I DO NOT’ across their wedding vows.  As he slowly makes his way along the corridor to the stairs, he hears a lorry and tries to get the driver’s attention from the window without success.  He rushes to get to the door but falls and the pain leaves him unable to call out.

Then he hears Emma’s voice…

Ashley is at home listening to the interview he did about Dementia on the radio but clearly can’t fathom how that’s possible.  Laurel offers to postpone Dotty’s christening but Ashley is determined it should go ahead as planned but when he arrives at the church he becomes disorientated and overwhelmed, having no clue what’s going on.  He tells everyone he’s forgotten who the parents are and cries when he realises it’s his own daughter he’s holding.

His condition is deterorating at a speed of knots.  Can he live through the week?

So there we have the players in this week’s dramatic episodes which culminates with carnage and devastation and medics fighting to keep three of the villagers alive…but who will die?  That’s a secret that’s being kept under wraps.  Rumours have been rife for a few months that James will be killed off, we also know that Ashley is leaving the show but seeing how they got rid of Holly Barton, no one is safe!

Emmerdale is on every week night on ITV 1 at 7pm with an additional show at 8pm on Thursdays.