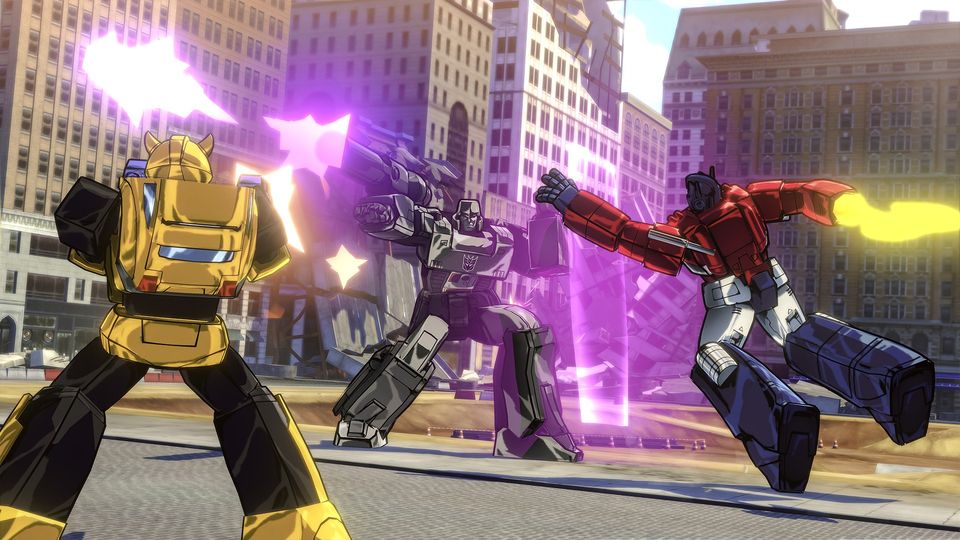 Transformers: Devastation brings Hasbro’s transforming robots to life with classic Generations styling and modern attitude. This new trailer highlights four of the five playable Autobot heroes in the game – Optimus Prime, Bumblebee, Sideswipe and Wheeljack. We’re pretty sure Grimlock is in there too if you look closely around a minute in.

Also present are many of the evil Decepticons that players will get to go up against including the maniacal Megatron plus Starscream, Shockwave, Thudercracker, Insecticon Kickback, Triple-changer Blitzwing and the towering combiner, Devastator.

Transformers: Devastation is expected to launch later this year on the PlayStation 4, PlayStation 3, Xbox One, Xbox 360 and Windows PC via Steam. Check out the official Transformers Game website for more details.