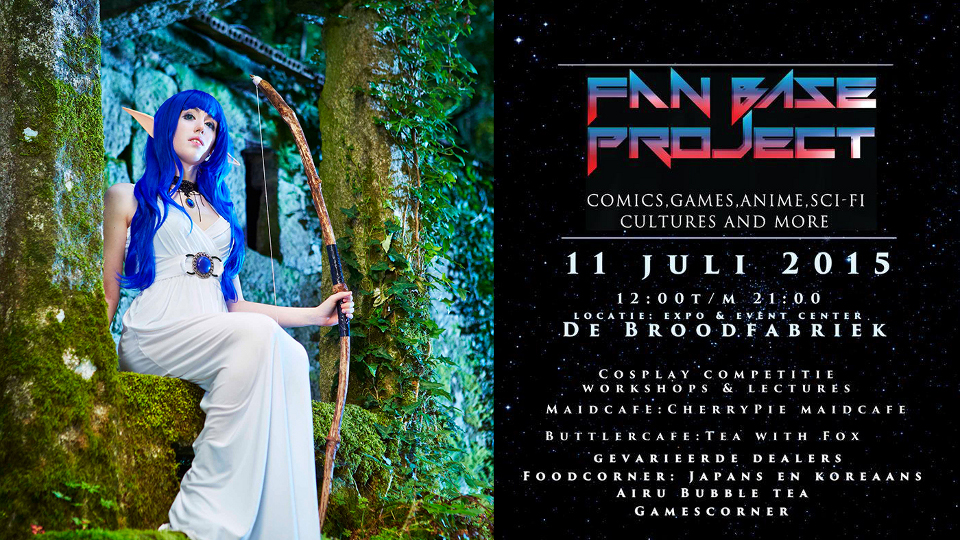 Fan Base Project is being held today for the first time at The Bread Factory (De Broodfabriek) in the Dutch city of Rijswijk. It’s a new convention for The Netherlands where attendees can meet other fans of comics, games, anime, sci-fi as well as Japanese and Korean culture.

The convention has a wide varitey of activities on offer. These include gaming, workshops, panels, lectures, japanese art and even a fashion show. There are also competitions as well as food and drink at the Maid cafe and Butler cafe.

Also in attendance are several special guests for fans to see and meet. These include:

To find out more about the convention and guests check out the official Fan Base Project website.

In this article:Fan Base Project