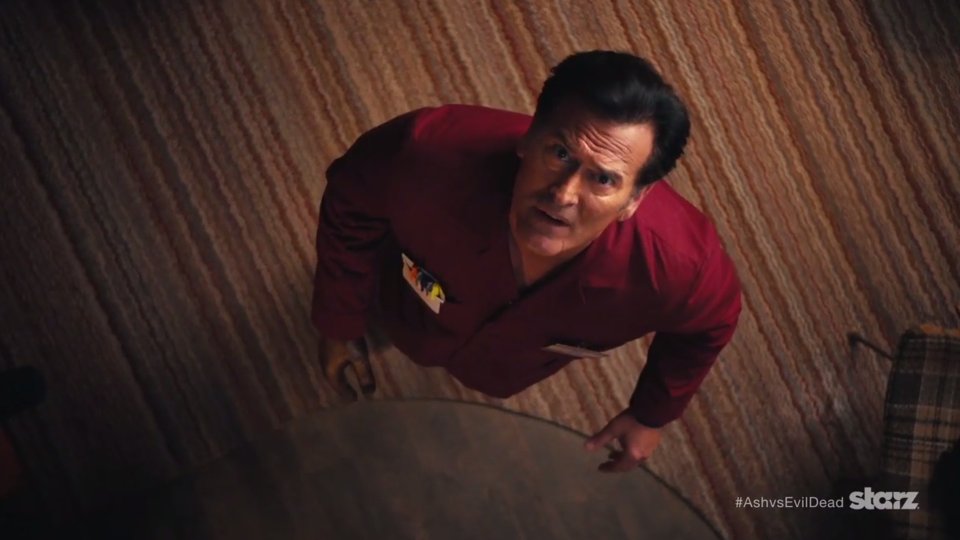 One of the most anticipated new series of the year has finally released it trailer during this weekend’s Comic Con – Ash vs Evil Dead.

A continuation of the original Evil Dead trilogy, the 10-part series sees Bruce Campbell reprising his iconic role as Ash. The action picks up 30 years after the events of the original movie and Ash is thrown back into the world of the dead for another bloody battle.

Joining Campbell for the new series are Lucy Lawless (Xena: Warrior Princess), Ray Santiago (Bad Judge), Dana Delorenzo (Barely Famous) and Jill Marie Jones (Sleepy Hollow). The trailer gives a quick overview of the original Evil Dead movie before unleashing pletny of new footage from the series. Beware though, it’s not for the faint-hearted and contains plenty of blood!

The series is created by Sam Raimi and Bruce Campbell, and is written by Sam Raimi, Ivan Raimi and Tom Spezialy. Sam Raimi will direct the first episode of the season it has been confirmed.

Ash vs Evil Dead will kick off on Starz in the US on Saturday 31st October 2015. A UK broadcaster for the show has yet to be confirmed.

In this article:Ash vs Evil Dead, Bruce Campbell