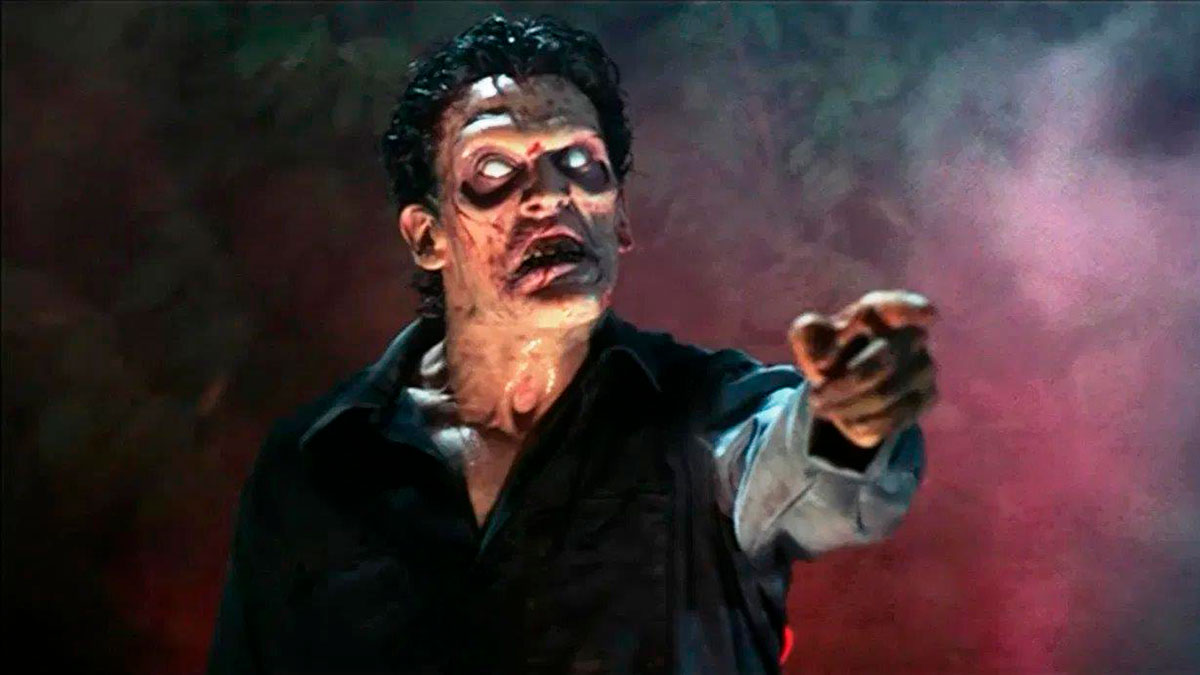 When Evil Dead was released in 1981, it was pretty much dismissed as a film that wouldn’t amount to very much. Few critics foresaw the legacy the film would go on to have or the lasting impact that it would have on the horror genre. Evil Dead spawned two sequels – 1987 and 1992 – a reboot in 2013 and a 3-season TV show Ash vs Evil Dead. The film made star Bruce Campbell into a genre icon and it’s found a place in the hearts of horror fans across the world.

Hail to the Deadites from film-maker Steve Villeneuve takes an affectionate look at the fans of the franchise, known as the Deadites, and explores their stories and connections with the film. The documentary really captures the passion that fans have for the franchise and it intersperses it with interview footage from the stars of the films. We get to meet fans who fell in love through their passion for Evil Dead, fans who spend their free time cosplaying their favourite characters and the franchise’s biggest fan as chosen through a competition.

What Hail to the Deadites really drives home is that there’s so much more to films like the Evil Dead than many people think. While they are guilty pleasures and gory horror films, they also have the power to bring people together. The fans that take part in the documentary have had their lives fundamentally changed because of their passion for the films, whether that’s naming a child after Ash or building a community online that they can chat to whenever they want.

One story is particularly touching, which is that of a fan who called his child, who was born with a heart defect, Ash. He describes how his son fought throughout the short life in the way that Ash fought throughout the films. Writing it down here in words feels silly but during that moment of the documentary I actually cried. It was so incredibly moving and just highlights how people can find strength in the most unexpected of places.

Evil Dead fans will be delighted with the candid cast interviews that are part of this documentary. Of course Bruce Campbell is involved but we get to hear anecdotes and stories from some of the supporting players and behind-the-scenes talent too. It’s interesting to see also just how excited fans are to meet ANYONE from the films, and not just its star Bruce Campbell. We even get a glimpse at a production of the Evil Dead musical and see some of the fantastic collectibles that the hardcore fans have been gathering over the years.

Hail to the Deadites captures the special bond that fans of horror form with one another. It shows how the genre is unlike any other out there and that it brings people together in such a special way. Of course the Evil Dead films are horror classic but this documentary goes beyond the films, and explores the lasting impact they’ve had on fans and how the franchise has quite simply changed people’s lives.