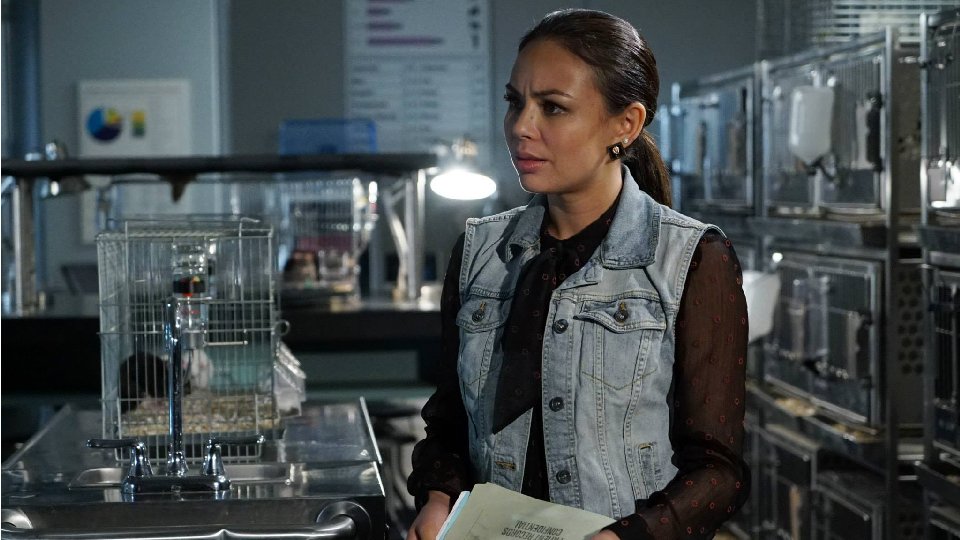 The liars made a shocking discovery about Mona’s (Janel Parrish) friend Lesli Stone (Elizabeth McLaughlin) on the latest episode of Pretty Little Liars.

It’s been almost two weeks since the last episode of PLL aired but this week an all-new episode arrives. In the last episode Mona returned to Rosewood and her friend Lesli wasn’t happy to see her. Turns out that Lesli was in Radley at the same time as Mona and Charles, and she asked Mona to retrieve her Radley files so the liars didn’t find out. Spencer (Troian Bellisario) and Hanna (Ashley Benson) caught Mona in the act and found out the truth about Lesli.

Meanwhile Aria (Lucy Hale) discovered that A may actually be a girl and Sara (Dre Davis) convinced Emily (Shay Mitchell) to let her hair down and get a tattoo.

The next episode of the season is No Stone Unturned. With all signs pointing to Lesli as the tormentor in the hoodie, the PLLs are on a mission to get concrete proof before bringing their findings to the police. But as the girls ramp up their investigation, A’s threats escalate.

Tune in to ABC Family at 8/7c Tuesday in the US and Netflix on Wednesday in the UK to see the episode. Preview it with our gallery below: