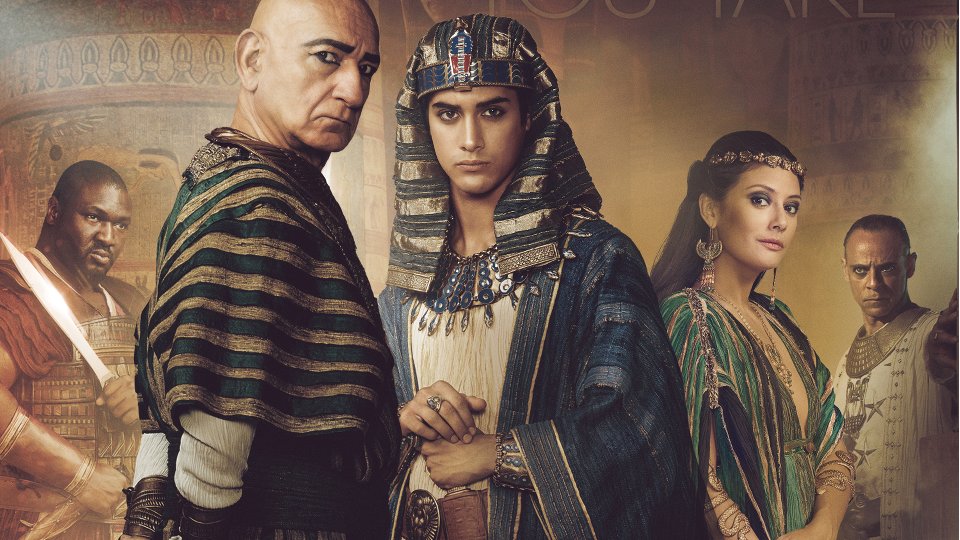 Spike’s epic new drama Tut has found a home in the UK courtesy of Channel 5.

Shot on location in Morocco, Tut tells the story of one of the most extraordinary rulers in human history, the Pharaoh Tutankhamun, his rise to power and his struggle to lead Egypt to glory, while his closest advisors, friends and lovers scheme for their own interests.

Thrust into power after the murder of his father, Tut is forced to marry his strong willed, ambitious sister in order to maintain the dynasty. In love with a commoner, he struggles to protect her from the jealous queen. Although Tut rules as Pharaoh, he is exploited by a shrewd Grand Vizier, a ruthless military general and a scheming High Priest who all look down on him as someone they can control. But through unexpected twists and turns, Tut strives to overcome the odds, rising from a manipulated ruler into an unlikely hero who triumphs over his enemies, both from within and without, leading his kingdom to greatness. Tut opens up a fascinating window into a life filled with romance, epic battles, conspiracy and murder, proving Tut’s world was not far removed from the one we live in today.

Channel 5’s Acquisitions Manager, Sebastian Cardwell, who brokered the deal said: ‘Tut is event television at its best. The series reveals the story behind one of history’s biggest figures and is filled with epic high drama. I’m sure it’ll be a hit with Channel 5 audiences.’

Created by Muse Entertainment and distributed by Muse Distribution International, the series will premiere on Spike in the U.S. on 19th July, with its UK premiere following shortly after.