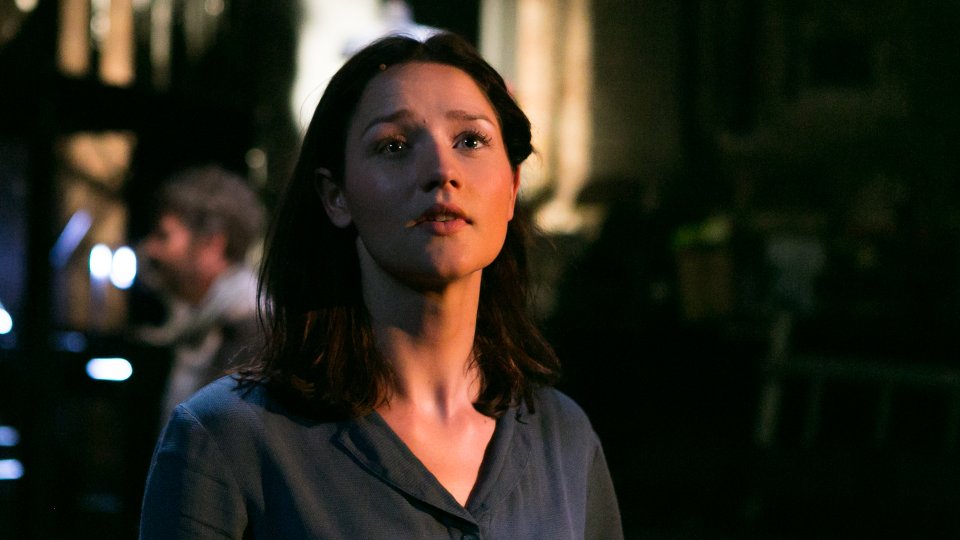 The House of Mirrors & Hearts is a new British musical that has been developed from an initial run as an Edinburgh fringe show into a fully-fledged two-act musical, which is playing now at the Arcola.

The story follows the aftermath of the mysterious and bloody death of a mirror craftsman, with the effects it has on the rest of his family. His wife Anna (Gillian Kirkpatrick) turns from doting mother to alcoholic; whilst her two daughters also suffer, with Laura (Grace Rowe) becoming introverted and nearly silent, and Lily (Molly McGuire) following her mother’s path to hedonism, drink and overt sexuality. When Nathan (Jamie Muscato), a handsome but shy young scholar researching a poet, arrives as a lodger, the buried secrets threaten to come painfully to the surface.

There’s a lot to enjoy and admire about The House of Mirrors & Hearts, especially the musical element, with some intriguing off-key harmonies and strong songs composed by Eamonn O’Dwyer. The multi-level set design (David Woodhead) is imaginatively achieved, and the lighting (Matt Haskins) also adds significantly to the moody atmosphere of the piece.

What The House of Mirrors & Hearts lacks is credibility, which hampers the production, and is unfortunately not something even a talented cast such as this can give it. The dialogue for the most-part is soap opera, varying between on-the-nose exposition and outright melodrama, and all of the characters are written with broad brushstrokes. Anna’s alcoholism is a kind of clichéd dipsomania that doesn’t ring true to the reality of the condition, despite an excellent performance from Gillian Kirkpatrick, especially during her superb rendition of Something for the Pain – a song about the reasons she drinks. Jamie Muscato is extremely likeable as Nathan, but he is saddled with the lion’s share of thin dialogue, often leaving him with little more to say than repeating, “What?” and emoting his socks off, in place of having two characters engage in meaningful dialogue. The worst offender is Graham Bickley’s character, and though there’s a reason David is left desperately underwritten, the audience has guessed it long before the big reveal, and it’s not much of an excuse.

The House of Mirrors & Hearts unravels in entirely predictable ways, and the audience has the luxury of guessing its secrets over an hour before they emerge because of undeservedly sedate direction that connects poorly-structured scenes. The elements such as Nathan’s research seem to be borrowed from Stoppard’s Arcadia, but rather than being similarly integral to the plot, don’t ultimately pay off. There are even songs based on the poetry, but they achieve nothing more than slowing an already leisurely pace and could be cut without losing anything. It isn’t just the dialogue that lacks subtlety but the themes too, with seven year’s bad luck and broken glass metaphors flogged to within an inch of their lives long after the point has been well and truly grasped.

Ultimately, the high points of the show are the live musical accompaniment and the actors’ performances of the songs. There is a good story at the heart of the piece, but even great performances can’t hide the shortcomings and triteness of the book.