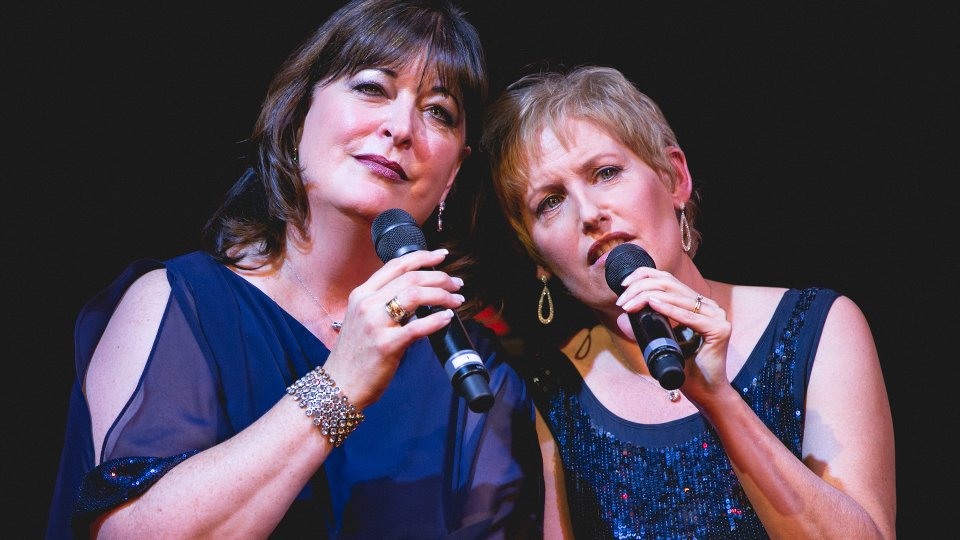 Ann Hampton Callaway and her sister Liz Callaway are leading lights of New York’s cabaret scene and have both been Tony Award-nominated for their performances in major Broadway musicals. Together, they work like a dream and they bounce off each other in spectacular fashion. Yes, they are actually sisters – it’s not just for the title of the show!

Sibling Revelry shows the two sisters mocking each other with playful banter about their careers and achievements, which amusingly sets the scene that they are pretty competitive, yet to bring out the best in each other. Their show at the Hippodrome is their first visit to London in 19 years – it’s been a long time coming! They had fans in the audience who were whooping and loving every moment, and clearly, they have been missed.

Blitzing their way through classic songs, their performance was littered with an old school American star factor and it reminded us of being in a Vegas show. They were dressed to impress, with more bling than Jay-Z, their jewellery shone as brightly as their voices. Belting out song after song, it’s clear to see why these ladies have won so many awards and been around for so long. Ann’s smoky, silky jazz hues brought the house down and her take on Don’t Rain On My Parade was pure class. Liz’s Broadway numbers in full on diva fashion (in terms of voice) is a joy to listen to, we loved The Story Goes On, which was a spectacular moment for her solo turn. Complete with a live band, this gave the overall show style and sass, which oozed sophistication.

Separately, these sisters are great, but together their magic sky rockets. The comic timing and slightly camp remarks make the sisters spark intensify on stage and they love every moment of it, as do the audience. The entire show showcases their fabulous talent and the give the show their all, right until the last song, which they ended with Enough Is Enough – delivered full of power and passion. We love watching talented women shine. Catch them whilst you can, who knows when they will next be in town. Bravo ladies, we thank you for a great night that made everyone in the room smile.