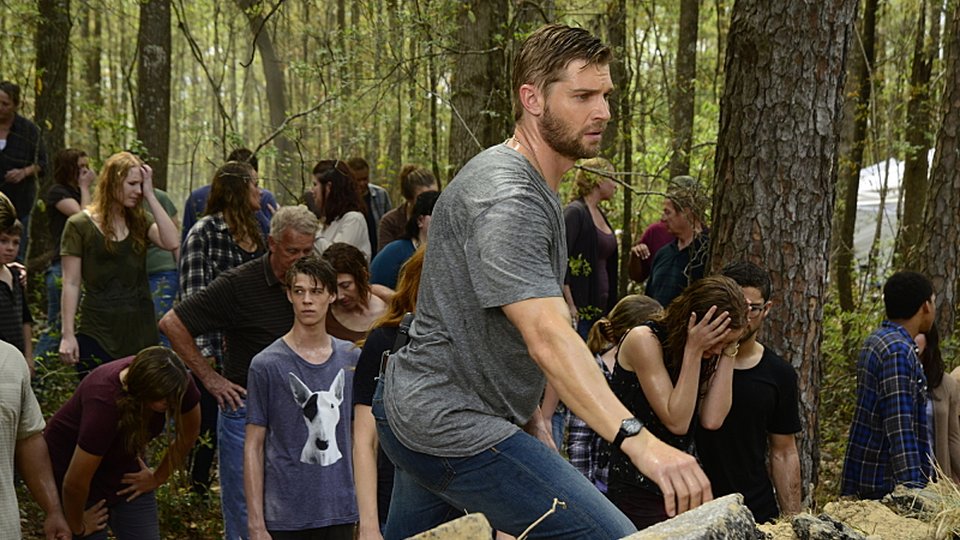 Barbie (Mike Vogel) realised that the world everyone was living in wasn’t real in the latest episode of Under The Dome.

As Barbie was trying to figure out what was going on, Julia (Rachelle Lefevre) was doing an investigation of her own when she began to distrust Melanie (Grace Victoria Cox) after finding all of her friends in pods in the tunnels under the dome. Big Jim (Dean Norris) helped Julia destroy the egg and everyone from Chester’s Mill emerged from their pods.

Elsewhere in the episode Melanie murdered her father (Brett Cullen) after he delivered the egg to the dome, and two people from the alternate world arrived in Chester’s Mill following the destruction of the egg.

The next episode of the season is Redux. The residents of Chester’s Mill try to move on after their mysterious experience in the tunnels. Big Jim suspects Christine and Eva of keeping secrets.