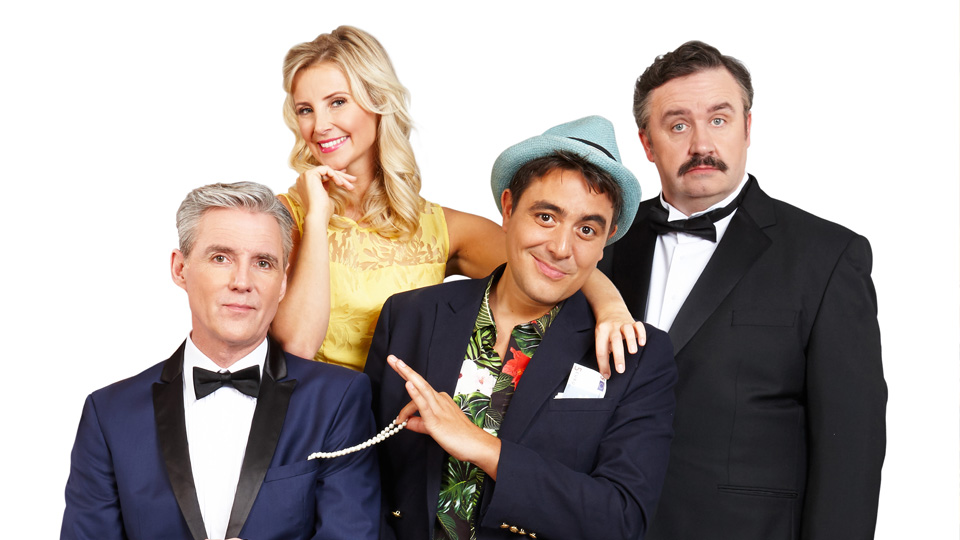 The modern recipe for a winning musical often features a classic film as its inspiration, with the addition of catchy musical numbers and preferably an all star cast. Dirty Rotten Scoundrels The Musical contains just these ingredients and stops off at Leeds Grand Theatre this month as part of a national tour.

Lawrence Jameson is a sophisticated confidence trickster, forging a living from the rich and gullible. When Freddy Benson arrives on the French Riviera, the duo briefly become partners in crime before the wealthy Christine Colgate checks in. In a battle to secure her assets, Lawrence and Freddy go head-to-head in a hustle of ever-growing proportions.

Based on the Eighties film starring Michael Caine and Steve Martin, Dirty Rotten Scoundrels is a tautly adapted comedy from Jeffrey Lane, punctuated by bold and brassy musical numbers from David Yazbeck. Sympathetic to the original story yet suitably augmented for stage, the comedy makes the leap to musical effortlessly thanks to a bank of upbeat and bold showstoppers such as Great Big Stuff; a number about material greed and Her I Am; a traditional Broadway number showcasing the leading starlet’s vocals. Catchy and cheeky, the music is consistently uptempo and drives the show at a relentless pace.

The play features Michael Praed as Jameson, who in this performance was seamlessly understudied by Kevin Stephen-Jones in a distinctly regal performance which honed the cool mannerisms of Roger Moore. All fine manners and courtesy, Stephen-Jones presents a slick trickster with a delicious flare. Noel Sullivan of Popstars fame is a youthful and cheeky Benson, providing a feckless charm and rough-mannered wit which is endearingly shambolic. Sullivan has several opportunities to expose his famous vocal abilities whilst also proving a fine technique in physical comedy, particularly in a scene where he pretends he has lost the use of his legs. His scenes with Carley Stenson as seductive siren Christine Colgate provide plenty of laugh-out-loud moments, whilst Stenson steals the stage with a range of truly excellent vocal performances.

A cute subplot sees a burgeoning romance between Muriel Eubanks (Geraldine Fitzgerald) and Andre Thibault (Mark Benton). Fitzgerald glows with an honest dignity throughout the play whilst Benton, blessed with the gift of a superbly charismatic face, falls hopelessly in love with her. Filled with longing looks and pelvic thrusts, the tension and comedy between Fitzgerald and Benton is undoubtedly one of the highlights of the show.

Those who expect plenty of stage business in their musicals will not be disappointed with the grandiose production design from Dirty Rotten Scoundrels. Offering art deco influences and a curious mash of 1930s dress with contemporary flourishes, the play presents rapid scenic changes with ease and ingenuity, transforming the stage from hotel to promenade and garden to basement. The production design offers particularly good provision for the dance numbers, which are grand in scale and quick of step. Indeed, between the meticulous scenic details and the evocational movements of the dance ensemble, the French Riviera comes alive with a vivid potency.

Whilst some movie adaptations, particularly musicals, can fall short of the material that inspired them, Dirty Rotten Scoundrels manages to succeed on almost every level. The story is strong and absorbing, with comedy which is superbly distilled and performed. Musical numbers are both punchy and memorable, whilst the dance is energetic and impressively purposeful. A classic game of cat and mouse which is endlessly entertaining and meticulously realised for the stage, Dirty Rotten Scoundrels is full of pros without a single con. It’s the perfect summer night’s treat.