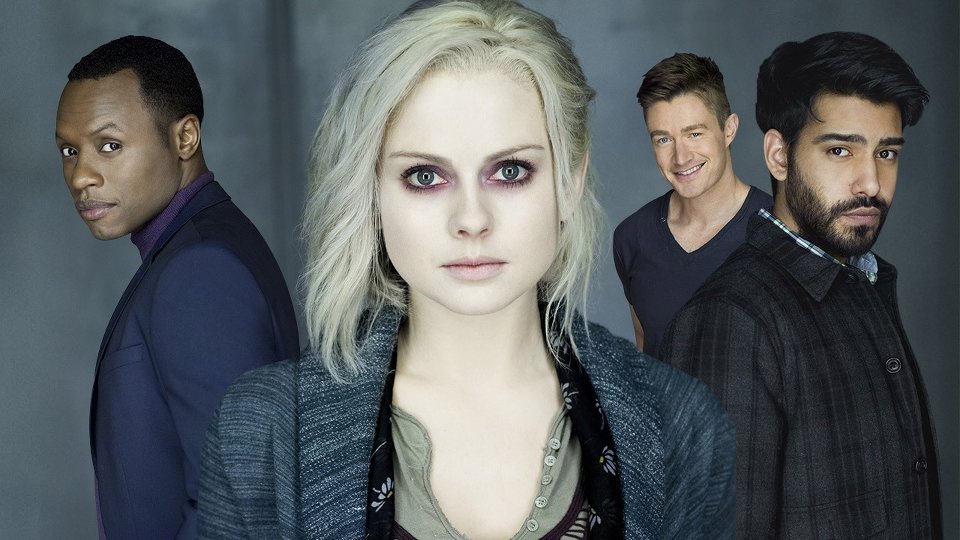 iZombie, loosely based on the comic books by Chris Roberson and Michael Allred, is one of the most promising new series to hit the airwaves so far this year.

iZombie currently doesn’t have a broadcaster in the UK so if you’ve not seen the first season and don’t want to ready major spoilers, we suggest you stop reading now. If you have seen the season and want to hear our thoughts on the next season keep reading.

Developed by Rob Thomas (Veronica Mars) and Diane Ruggiero-Wright iZombie recently completed its 13-episode first season in the US and was renewed by The CW for a second season due to kick-off this October. The show revolves around Liv Moore (Rose McIver), a Seattle medical resident who is turned into a zombie at a boat party. Trying to keep her zombie status secret, Liv starts working in the morgue with medical examiner Ravi (Rahul Kohli) where she eats the brains of the victims and helps detective Clive Babineaux (Malcolm Goodwin) solve their murders.

The first season saw Liv tackle a new case each week whilst dealing with the threat posed by rogue zombie Blaine (David Anders), who was killing youths and selling their brains, and the break-up of her relationship with Major (Robert Buckley) who was dragged into the zombie world (literally) by the end of the season.

The finale episode of the first season saw Liv tried to expose Max Rager boss Vaughn Du Clark (Steven Weber) who knew about the existence of zombies and that his product had a side effect that could make its users crave brains. Liv also made the choice to turn Major into a zombie to save his life after he went all Taxi Driver on Blaine and his associates. Major wasn’t very happy with Liv’s decision so she decided to use the untested cure Ravi had been working on, on him and she also used it on Blaine.

Ahead of the show returning later in the year, we’ve put our thoughts together about what we would like to see from the second season. Keep reading to find out what we want…

1. Liv and Major to find a way to make things work. It was looking very bleak in the final moments of season 1 after Liv turned Major into a zombie, and then cured him. He was furious she’d kept her secret from him and she had been worried he’d push her away if she told him. There’s a long road ahead but we hope they can work it out.

2. Vaughn Du Clark to get his comeuppance. We know he’s going to be the big bad for season 2 and that Liv and Blaine will have to work together to beat him. The slimy executive deserves all the bad things that are coming to him and more and we hope that Liv brings him down in spectacular fashion.

3. Big personalities for Liv to take on. One of the things we loved about season 1 is the variety of characters that Liv took on after consuming the brains of the victims. Rose McIver has proven herself to be an incredible versatile, and funny, actress and we want some more outlandish characters for season 2.

4. More zombie shenanigans in Seattle. If Blaine is now human (which he should be after the finale) then we expect Liv to uncover more unsavoury zombie happenings in the city. Blaine warned that without him to supply brains to the zombie masses there could be a zombie apocalypse on the horizon.

5. Evan (Nick Purcha) to survive. The fate of Liv’s brother very much hung in the balance as she refused to give her blood to help him (obviously due to her being a zombie). We didn’t get to know Evan all that well so it would feel really premature for him to be killed off so early into the series’ run.

6. Plenty of Ravi. Over the course of the first season we grew very fond of Ravi and we like the rapport he’s built up not only with Liv but with Major and Peyton too. We want more character development and to find out more about his backstory when the show returns.

7. Lots of comedy with Clive. Liv and Clive together has produced some TV gold, particularly when Liv is acting out of character and Clive has no idea why his partner has gone a bit weird. We’d be happy to find out more about Clive too and how he came to be a police detective.

8. Liv not to be cured yet. If the cure works fine on Major and Blaine, we could see that Liv would want to take it too but we already know that there were two doses that Ravi had made and now they’re both gone. Presumably Ravi will be able to make more at some point in the future but we want Liv’s cure, if it happens, to come a few seasons down the line. It’s pretty obvious she’ll stay a zombie for the long haul.

9. A bigger role for Peyton (Aly Michalka). The character went from regular to recurring before the show debuted and we hope there’s more Peyton in season 2. She knows Liv’s secret now and she was missing from the season finale so there’s lots of story still to tell. Plus we liked her burgeoning relationship with Ravi.

10. Some darker storylines. iZombie will always have a comedy element and we love that, but in season 2 we’d like some darker material like the last two episodes hinted at. The zombie world is a gruesome and horrific one and we want to see much more of it.

iZombie will return in the US this October on The CW.

Advertisement. Scroll to continue reading.
In this article:iZombie