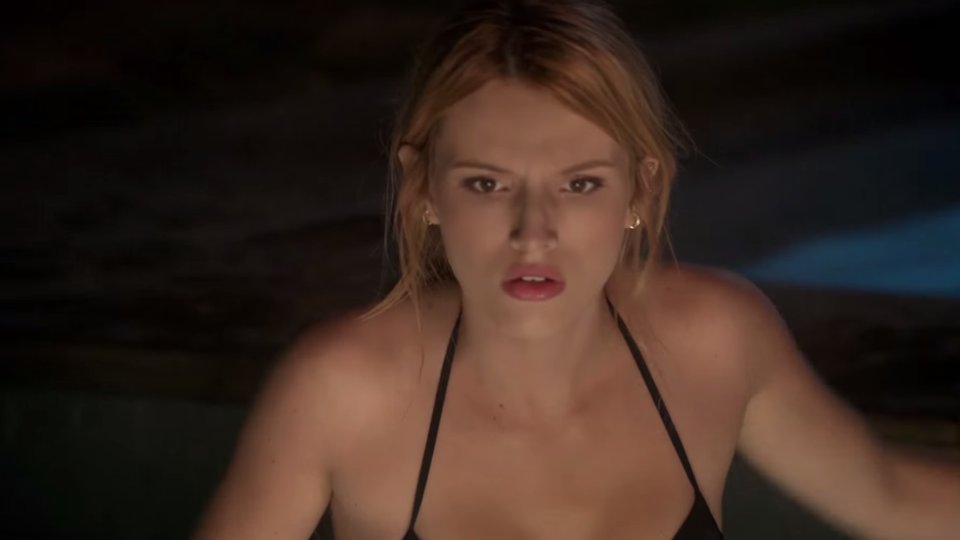 The eagerly-anticipated TV adaptation of Scream arrives on MTV in the US on Tuesday night and ahead of the premiere the first 8 minutes of the first episode have been released.

In the opening 8 minutes Audrey (Bex Taylor-Klaus) is humiliated when a classmate uploads a video of her making out with a girl onto the Internet. The action then cuts to Nina (Bella Thorne) and her boyfriend Tyler (Max Lloyd-Jones) who appear to be behind the video upload. Tyler pushes to be allowed to go inside the house but Nina shuts him down.

Once home Nina strips down to her bikini for a late night dip in the hot tub but soon she starts receiving creepy messages that suggest she’s not alone. We won’t say anymore otherwise there’ll be no point in you watching it! The opening sequence pays homage to the infamous Scream opening moments with Drew Barrymore’s Casey Becker.

Watch the first 8 minutes from the season premiere at the top of this article and leave your comments in the usual place. Are you excited about the new series? We’ll bring you news of a UK air date as soon as it’s announced.

Pip Ellwood-Hughes
Pip is the Editor of Entertainment Focus and the Managing Director of agency Piñata Media.
Previous article
10 things we want from iZombie season 2
Next article
House of Cards: The Complete Third Season DVD review