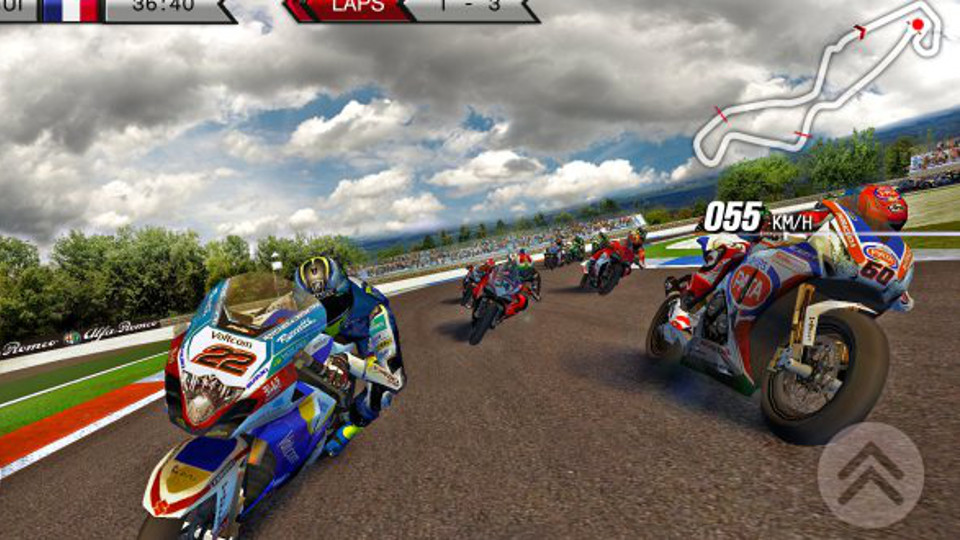 SBK15 arrives on iOS and Android

The officially licensed game of the eni FIM Superbike World Championship is back for the 2015 season. Developed by Digital Tales in conjunction with Dorna WSBK Organization the popular series has already surpassed 4.5 million downloads worldwide.

The game allows you to pick your favourite superbikes from the biggest brands in the world (Aprilia, Kawasaki, Honda, Ducati, Suzuki, MV Agusta, BMW) and hit the track. Ride shoulder to shoulder with the big guys, such as former champions Tom Sykes and Sylvain Guintoli. Break their records in Challenge Mode or push yourself to the limit in the new Time Attack Mode.

This new instalment offers cross-platform compatibility and an advanced bike handling model based on player feedback. The game also features:

On iOS players benefit from the additional Challenge Mode. There is also cross-save and cross-play on iOS and Windows Phone devices.

SBK15 is available now for free from the App Store for iOS and Google Play for Android. The game is also available from the Windows Store for Windows Phone at a cost of £2.29.

Check out the official SBK website for more information.

Greg Ellwoodhttp://www.entertainment-focus.com
Greg is the Deputy Editor of Entertainment Focus. He writes about Games, Tech and TV. You can find him on Xbox/PSN/Steam as Tahllian.
Previous article
Thrustmaster T300 RS force feedback racing wheel review
Next article
BenQ treVolo review