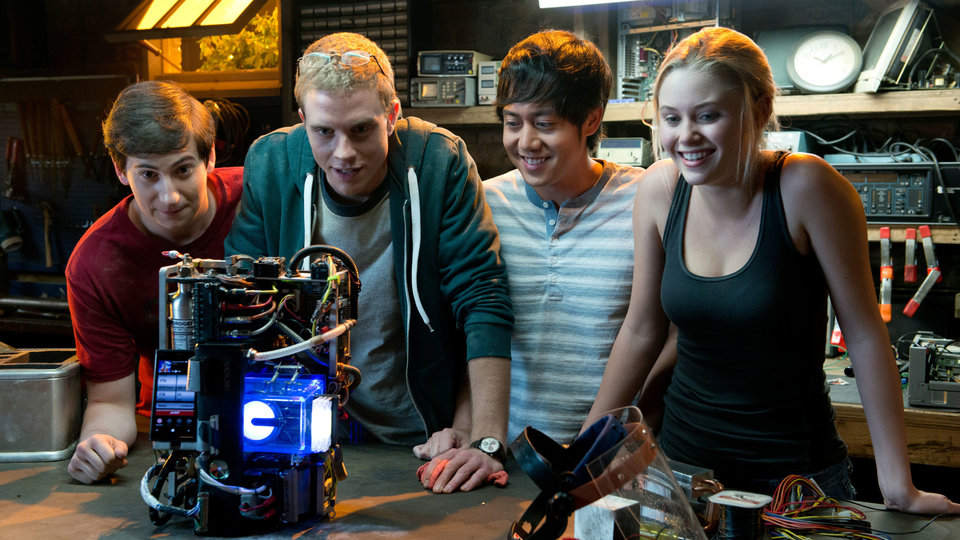 David Raskin (Jonny Weston) stumbles upon a mysterious object in his basement that contains plans to build a time machine. After following the schematics and making the machine work, he and his friends embark on small time-travelling trips to have some fun. But soon the repercussions of their time travelling hits home and the severity of their situation considerably worsens.

Project Almanac is a fascinating movie that frequently entertains. It utilizes the tried and tested “found footage” formula used so effectively in films like Paranormal Activity, Cloverfield, District 9 and Chronicle but puts a unique spin onto proceedings. This charts the lives of some gifted teenagers and the events surrounding them as they inadvertently change their past and future.

It’s worth noting that this isn’t your run of the mill sci-fi movie either – fans who want something a bit different will definitely take a lot away from this film. Project Almanac does the basics just right, takes them onto a fresh new level and makes characterisation a key element.

It boasts an impressive young cast – a collective that gives their all to create a story full of personality and purpose. Jonny Weston gives a potentially cliché-riddled role delicate and damaged pose that is hard to fault. The troubled teen routine has certainly been done to death so it’s refreshing to see the film come from the perspective of a teenager who is clever and intelligent. It still finds a way to make it relevant and, on occasion, even emotional. Sam Lerner, Sofia Black-D’Elia, Virginia Gardner and Allen Evangelista are all solid too and the ensemble works effortlessly to deliver some real momentum.

Director Dean Israelite and writers Jason Pagan and Andrew Deutschman have done a good job realising this story in a believable way. At no point do you feel that any of this is completely implausible and that’s a massive compliment given the subject matter. They make every scene accessible and engaging whilst never falling into melodrama or effects-heavy exposition.

What will divide audiences is what I believe Project Almanac’s greatest strength is. The film morphs into a love story that has serious implications on each of the main characters lives. This is a fresh and unexpected turn that will catch a few off guard. I found this to be an interesting angle which is handled very well, especially when Jonny Weston’s character keeps changing things to sustain a desired outcome.

Project Almanac is a nice little film that tries to do something different. It mostly succeeds and at least marks a change from the norm. The ‘found-footage’ trope may have had its best days already but Project Almanac gives it a welcome shot in the arm.

Project Almanac is out now on Blu-ray, DVD and Digital HD.