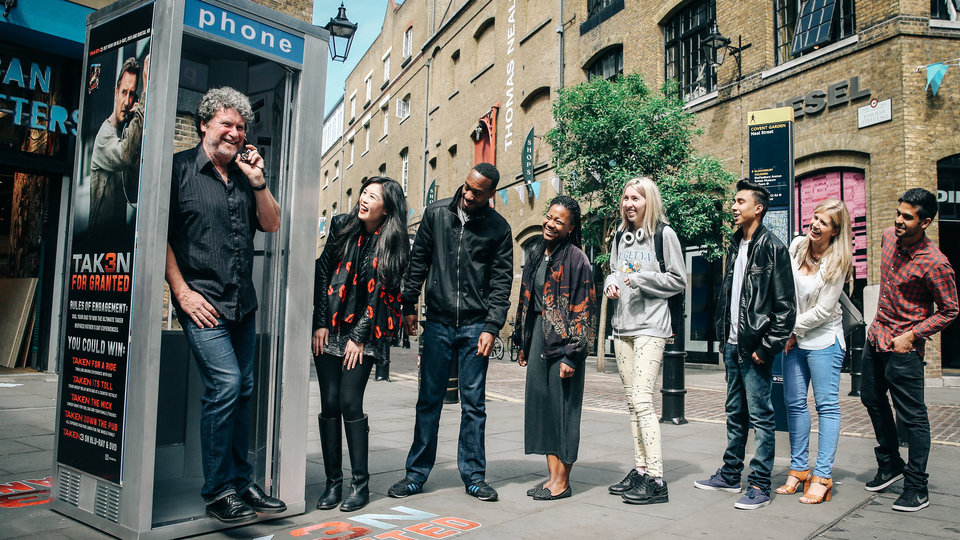 The American style phone booth was installed for one day only giving Londoners the opportunity to call their dads for free and make plans for Father’s Day, with the chance to instantly win thousands of pounds worth of prizes inspired by Taken 3.

Queues of shoppers, workers and tourists took the opportunity to call their dad, having had their eyes opened by a survey that has today revealed 7 out of 10 dads feel they are constantly taken for granted by their sons and daughters.

The survey of 2,000 Brits found that one in three of us only call dad when we need something, with two thirds having no idea when Fathers Day is.

The results also found that 8 out of 10 dads merely want a phone call from their son or daughter this Fathers Day, which is exactly what the Taken 3 phone booth offered them.

The Taken phone booth featured the image of Bryan Mills (Liam Neeson), who has been voted the nation’s favourite fictional dad, narrowly beating Homer Simpson who came second. Mills’ character is most famous for the many dramatic phone calls he shares with his daughter Kim, often saving her from peril at the hands of kidnappers.

Check out the gallery below.

Taken 3 is out now on Digital HD, Blu-ray and DVD from Twentieth Century Fox Home Entertainment