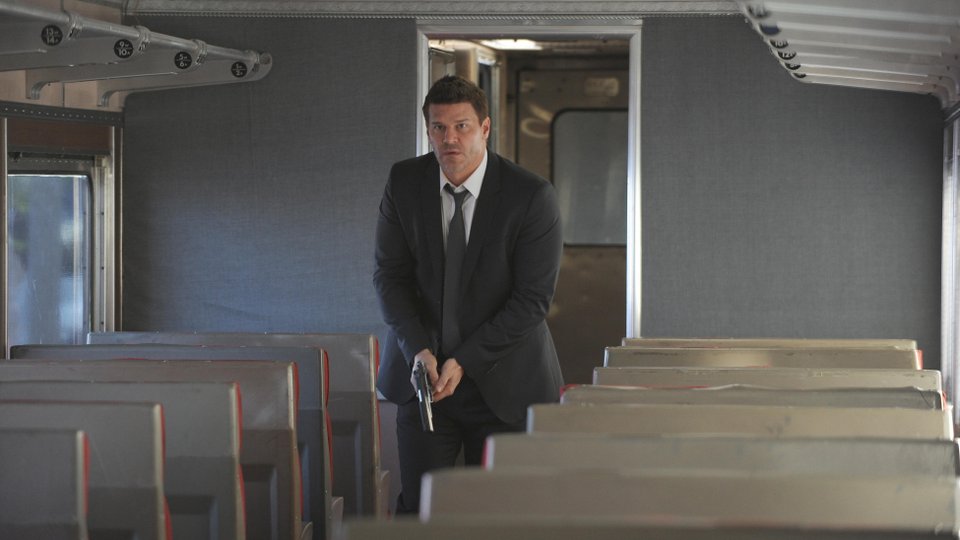 The penultimate episode of Bones’ 10th season saw the team investigate the murder of a yoga instructor.

The investigation led them to discover that he was previously the member of a biker gang and squintern Wendell (Michael Grant Terry) was on hand to help solve the case. Booth (David Boreanaz) celebrated 30 days of recovery but was embarrassed about asking Brennan (Emily Deschanel) to attend his meeting.

Elsewhere in the episode Hodgins (T.J. Thyne) discovered that Angela’s (Michaela Conlin) real name was Pookie Noodlin, and the married couple told the team that they were leaving their jobs to move to Paris. Will they go through with it?

At the end of the episode Brennan asked Booth to stay the night following his efforts at staying clean.

The season finale is The End in the End. The team investigate an unsettling murder that bears disturbing links to the crimes of serial killer Christopher Pelant.

Tune in to Sky Living HD at 9pm to see the season finale. Preview it with our gallery below: