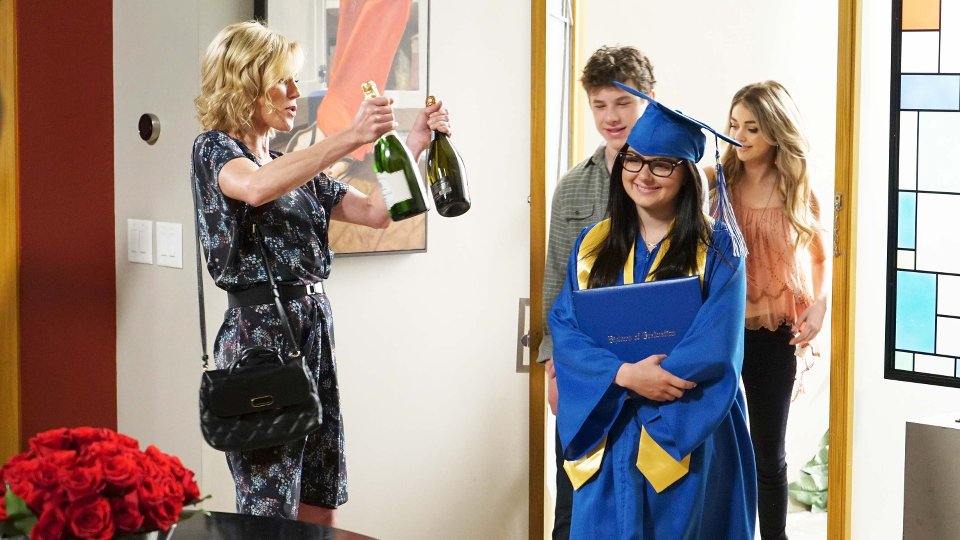 Worried that she would upset her father, Claire hesitated and went back and forth over whether or not to accept the new job. Whilst she was trying to make that decision Manny (Rico Rodriguez) recovered from having his wisdom teeth removed with Gloria (Sofia Vergara) struggling to accept that her son was growing up.

The season six finale is American Skyper. Season six concludes as the family celebrates Alex’s graduation and Phil must find a way to be there despite being stuck in Seattle.

Tune in to Sky 1 HD at 8pm on Monday to see the season finale. Preview it with our gallery below: