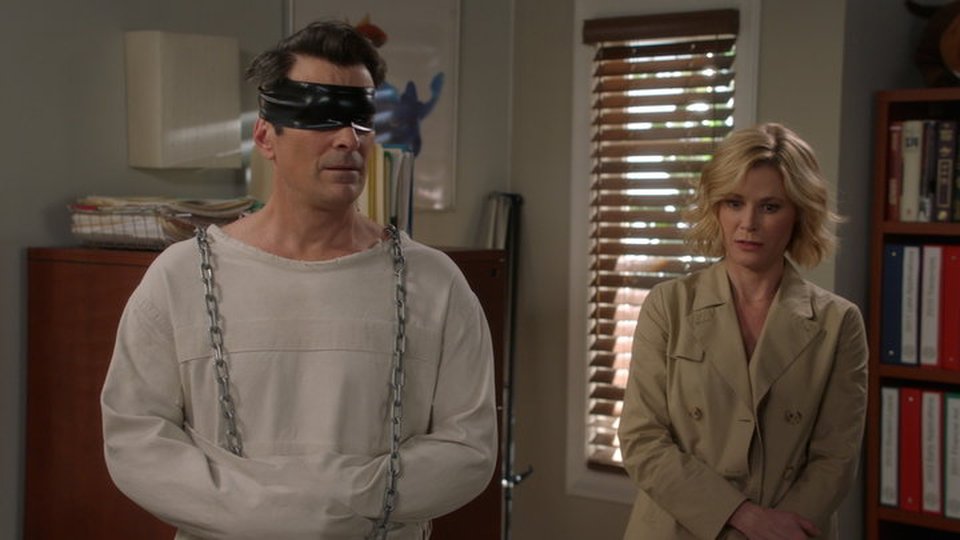 Phil (Ty Burrell) tried to redeem himself by playing in a charity basketball game on the latest episode of Modern Family.

A year prior, Phil played in the annual game and it turned into a disaster. Having another shot at it, Phil was feeling the pressure when professional players Charles Barkley and DeAndre Jordan turned up to watch the game.

Meanwhile Gloria (Sofia Vergara) reignited her rivalry with Donna Duncan (Jane Krakowski) and tried to outdo her by setting up a stall in the school to sell food during the basketball game.

The next episode of the season is Pig Moon Rising. The lies quickly spiral out of control when Mitchell accidentally knocks over an urn containing the ashes of Cam’s beloved pet pig.

Tune in to Sky 1 HD at 8.30pm on Friday to see the episode. Preview it with our gallery and the promo below: