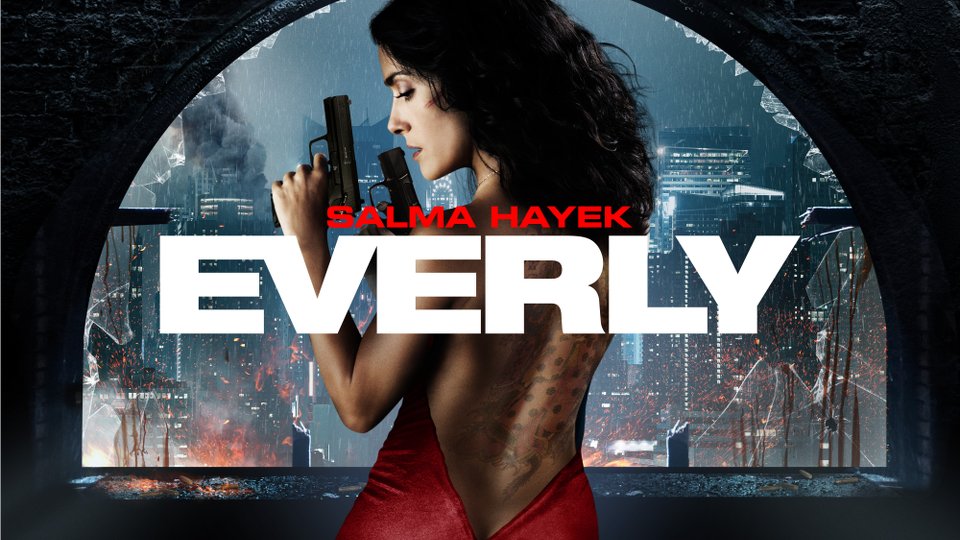 A new trailer and quad poster have been released for Everly.

Salma Hayek stars as Everly, a woman kidnapped and forced to work in a seedy underworld by a ruthless crime lord known as Taiko (Hiroyuki Watanabe). After discovering that Everly has betrayed his trust by working with the police, he sends a group of brutal soldiers to torture and kill her in this high octane thriller. Taiko envisages an easy kill but he doesn’t count on Everly’s strong maternal bond with her four year old daughter Maisey and love for her Mother Edith (Laura Cepeda), which gives her an incredible will to live.

Chaos ensues as Everly tries to protect her family whilst battling an endless stream of sadistic henchmen sent by Taiko, as well as the other tenants in the building who are looking to cash in on the bounty placed on Everly’s head.

Everly is directed by Joe Lynch (Wrong Turn 2) and also stars Hiroyuki Watanabe and Laura Cepeda. It will be released in UK cinemas and on-demand on 26th June 2015, and on DVD and Blu-ray on 10th August 2015.

Take a look at the trailer at the top of this article and the quad below:

In this article:Everly, Salma Hayek