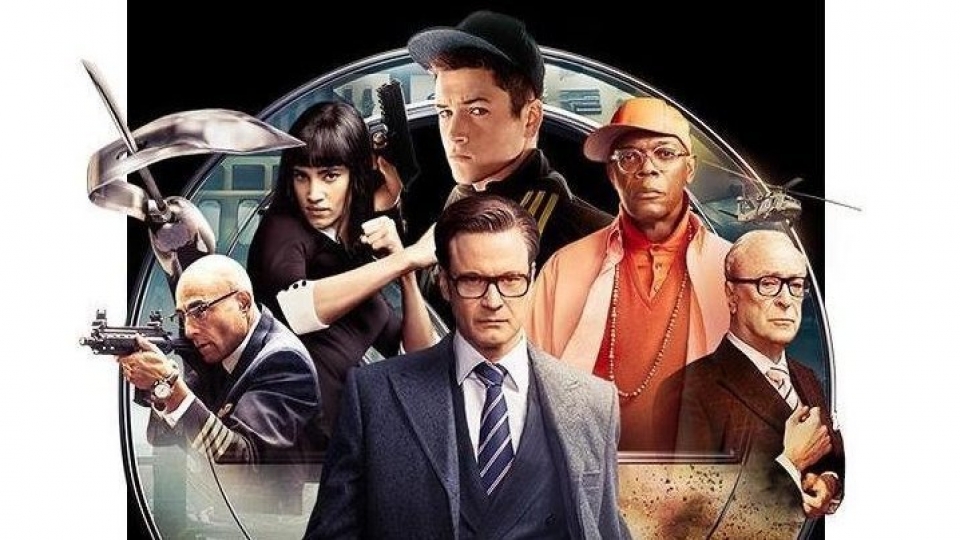 Mark Millar and Dave Gibbons’ seminal comic gets the big screen treatment thanks to visionary director Matthew Vaughn, who co-scripted this with Jane Goldman. Sprinkling the same magic as they did with Kick-Ass, they have created a thoroughly entertaining blockbuster that’s hard to fault.

Kingsman: The Secret Service crafts an edge-of-your-seat action movie with plenty of laughs and spectacle thrown in. The comedy is organic and throws a knowing wink to the past, paying dutiful homage to the bygone Bond era of the late sixties and early seventies. But when it needs to deliver, the action really ramps up with a blistering mix of brutal fight scenes, explosive set-pieces and amazing physicality.

The cast are all superb with Colin Firth leading the line exceptionally well. It’s hard to imagine that anyone could have tackled this role with quite the same levels of stiff-upper-lipped awesomeness. He also shares a wonderful chemistry with up-and-comer Taron Egerton, a young man who has super-stardom beckoning. After a strong side role in Testament of Youth, Egerton handles his first major lead role with all the charisma and style you could hope for. He and Firth make an excellent on-screen duo.

The rest of the film is full of remarkable supporting actors too. Mark Strong, Jack Davenport and Sophie Cookson delight whilst Samuel L. Jackson and Sofia Boutella serve up some truly fresh, original villains. Star Wars legend Mark Hamill has a pivotal cameo and who else could play the head of the Kingsman quite like our national treasure Sir Michael Caine?

Kingsman: The Secret Service guarantees a perfect night in. It entertains throughout and proves that big budget action-adventures can be made in the UK. Firth and Egerton are sublime together, with the story playfully paying homage to the legacy of Bond. Stylish, funny and quintessentially English, Kingsman is the first must-see action film of 2015.