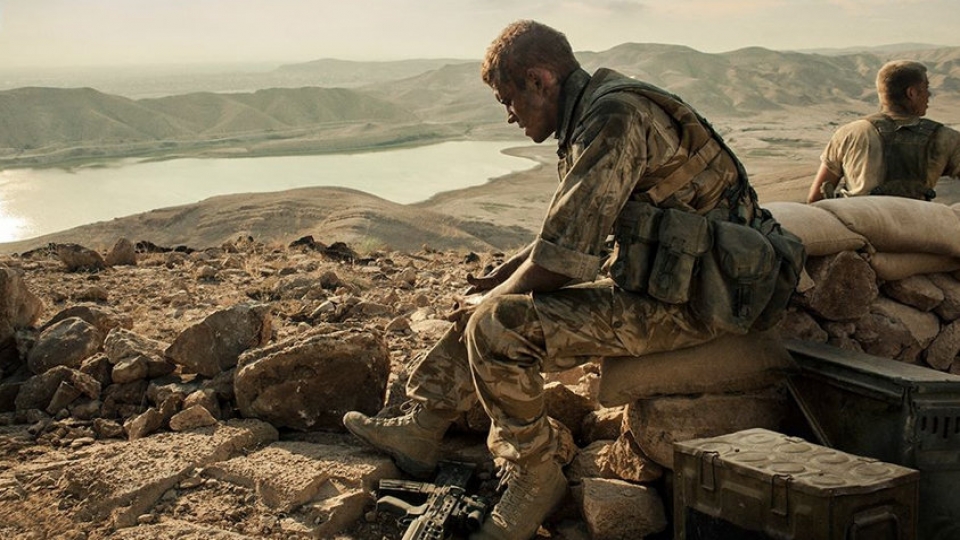 Kajaki: The True Story is an acclaimed war thriller, recounting an inspiring but shocking episode in recent British war history. The film is directed by Paul Katis and written by Tom Williams, with Gareth Ellis-Unwin of Bedlam (BAFTA and Academy Award® winner for The King’s Speech) serving as one of the Executive Producers.

The film depicts an incident involving a group of soldiers, mostly from the British Army’s 3rd Battalion, The Parachute Regiment [3 Para], stationed at the Kajaki Dam in Afghanistan in 2006. After one member of a three man patrol detonated a land mine, leaving him severely injured, his fellow soldiers rushed to his rescue, only to find themselves trapped in an unmarked minefield, knowing that any movement risked certain injury and possible death. Out of this harrowing day came extraordinary tales of bravery, selflessness and heroism, but also tragic consequences, for leader Corporal Mark Wright and his comrades, who risked their own lives to help each other.

Kajaki: The True Story will be released on DVD and Blu-Ray by Spirit Entertainment on 8th June 2015. VOD release is 8th June on EST on 1st June. Digital and television rights managed by The Movie Partnership.

Simply answer the question below and you could win a copy of Kajaki: The True Story on DVD.

Advertisement. Scroll to continue reading.
In this article:Competition, Kajaki, Kajaki: The True Story