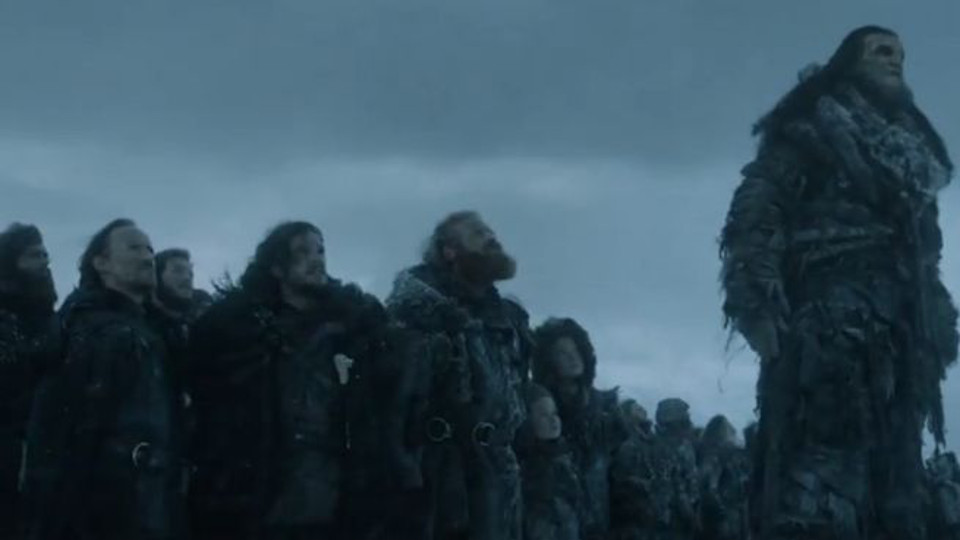 The eighth episode of Game of Thrones season 5 – Hardhome – concentrated on happenings in Meereen, King’s Landing, Winterfell, Castle Black and Hardhome. It was the best episode of the season so far and we hope the final two episodes will be just as exciting.

The ninth episode is written by showrunners David Benioff & D. B. Weiss with David Nutter in the director’s chair for the first time this season. The episode is titled The Dance of Dragons.

The official synopsis for The Dance of Dragons reads:

Arya (Maisie Williams) encounters someone from her past. Dany (Emilia Clarke) reluctantly oversees a traditional celebration of athleticism.[/quote]

The preview opens up by showing Jon Snow returning to The Wall with his surviving brothers, Tormund (Kristofer Hivju) and the Wildlings they were able to save. We see a snippet of Ser Alliser Thorne who is acting Lord Commander and wonder if he will let the returning party into the tunnels?

We see Jaime Lannister (Nikolaj Coster-Waldau) in Dorne being escorted somewhere. We presume it’s to see Doran Martell (Alexander Siddig) who is shown in the next scene and heard to be asking someone to swear their allegiance to him or die. Will Jaime switch sides?

It appears the Sand Snakes and Bronn (Jerome Flynn) are still being held. Maybe he will be freed once Jaime makes his decision?

Arya appears to be continuing her assassin training and is tasked with murdering the gambler man she met last episode. The synopsis talks of someone from her past which has us intrigued. Who could it be?

Stannis appears to be continuing his stubbornness and preparing his army for battle at Winterfell. Will Ramsay (Iwan Rheon) be attacking him first though?

In Meereen it looks like it’s time for Jorah (Iain Glen) to see if he can finally prove himself to Dany in the fighting pits. Could he be going up against Daario? (Michiel Huisman) If so we’re rooting for Jorah to come out on top.