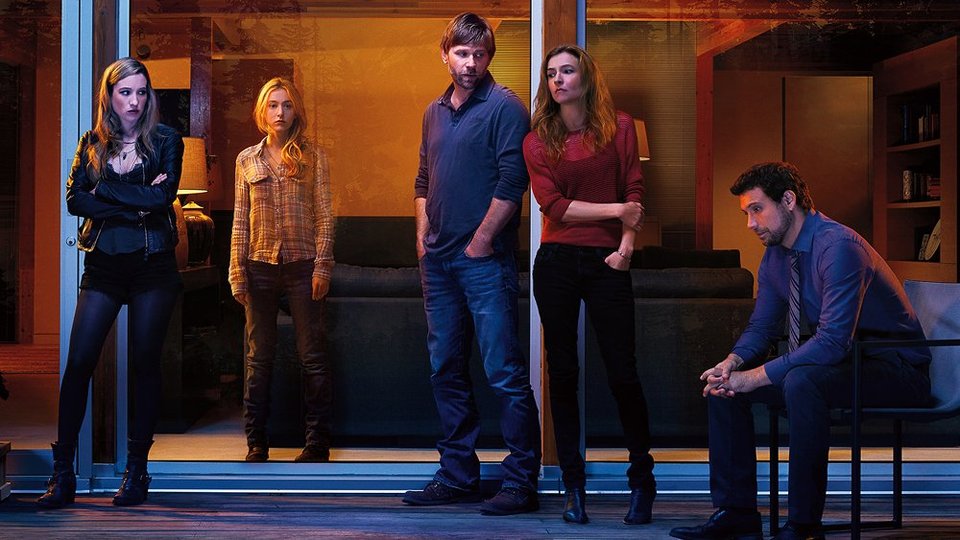 The Returned has released its full first season in the UK, and aired in the US, and the fate of the show hasn’t been confirmed.

If you haven’t seen the first season of The Returned and don’t want any spoilers, we suggest you stop reading now. If you have seen it and want to hear our thoughts on a potential second season then keep reading.

The 10-episode season is a remake of the French series Les Revenants and in the UK it was released weekly on Netflix. Fans of the original show have had a mixed reaction to the remake but we enjoyed it and thought it was sufficiently different to keep us intrigued.

The end of the first season saw impending doom looking likely to fall on the town of Caldwell. Journalist Kara Pine (Joanne Kelly) arrived in town after hearing that Camille (India Ennenga) had returned from the dead and was led to Peter (Jeremy Sisto) who she also learned had come back from the dead. She warned that the same scenario had happened in other towns before and that the whole town mysteriously vanished.

Simon (Mat Vairo) hitched a lift with Helen (Michelle Forbes) who was on her way to blow up the dam and flood the town. When he realised what she was up to, she knocked him unconscious and made her way into the dam but failed to ignite the dynamite. Simon meanwhile had a premonition that the town was going to be flooded and ran to find Rowan (Mary Elizabeth Winstead).

Elsewhere in the episode Rowan married Tommy (Kevin Alejandro) but found out that she was pregnant with Simon’s child, Camille had sex with Ben (Keenan Tracey) resulting in his death, Lena (Sophie Lowe) spotted Adam (Rhys Ward) hanging around in the woods, and Julie (Sandrine Holt) lost Victor (Dylan Kingwell) after taking him to the house where he was murdered. We however saw Victor picked up by another woman as he was walking away from Caldwell.

With so many things still up in the air, we are holding out hope that The Returned is renewed for a second season. The ratings for the show were fairly modest but it gained a core following and has done fairly well around the world. We’ve been thinking about why we want another season of the show.

1. Will Helen manage to blow up the dam? Some mysterious force prevented her but that doesn’t mean she won’t find a way to do it. Only Simon is aware of what she’s up to and he seemingly ran off into town to find Rowan and his daughter.

2. The fallout of Rowan’s pregnancy. Tommy proved to be very understanding when it came to forgiving his wife for sleeping with her dead ex-fiancé but how understanding will he be when he finds out she’s carrying his child? Our guess would be not very and we wouldn’t be surprised if the baby she’s carrying is anything but ordinary.

3. Victor’s return. We can’t imagine that Victor wouldn’t be a part of the second season. He seemed to possess mind-control powers that none of the other returnees had. We still don’t really know why he clung to Julie and she guessed it’s because he needed someone to look after him following the horrible way he was murdered.

4. Why are people coming back from the dead? There’s been absolutely nothing in the way of an explanation yet and we’re sure this would start to unfold from the second season. The returnees all died in different years, under different circumstances so what’s the link? We don’t like being left to hang without any answers.

5. Is Ben really dead? If he is why did having sex with Camille kill him? Is it possible that he too could come back from the dead? There’s a lot more to discover about Camille, more than even she knows about herself, so we’d like to spend more time with her character.

6. Adam to be punished for his crimes. Before his death he was the one who stabbed Julie and also stabbed and killed Lucy (Leah Gibson). It does seem he has some empathy and he seemed to genuinely care for Lena but he still needs to pay for the crimes he’s committed.

7. The connection between Lena and Camille. One of the best parts of the season was the connection between the twin sisters but we want to understand more about it. They can feel what each other is going through and Lena’s back injury was a replica of the one that Camille suffered in the accident. Could they exist without each other or is Camille using Lena’s life to power her own?

8. Jack (Mark Pellegrino) and Claire (Tandi Wright) to reunite. They grew closer over the season but Jack’s relationship with Lucy and Claire’s with Peter has kept them apart. Now Camille is back they need to work together to uncover what is really going on and to save their family.

9. Who else is dead? The revelation about Peter was a shocker late on in the season. Julie thinks she may be dead but Nikki (Agnes Bruckner) seemed certain that wasn’t the case. We wouldn’t be surprised if more of Caldwell’s residents have returned from the dead but we just don’t know about it yet.

10. More creepy moments. The first season of The Returned had plenty of creepy moments and it got darker as the season progressed. We want plenty more of those if the show returns for a second season with a stronger emphasis on the horror aspect of the show.

The future of The Returned is yet to be confirmed by A&E Networks. Do you want to see the show return for a second season? Leave your comments in the usual place but remember to keep it civil and constructive.

Advertisement. Scroll to continue reading.
In this article:The Returned