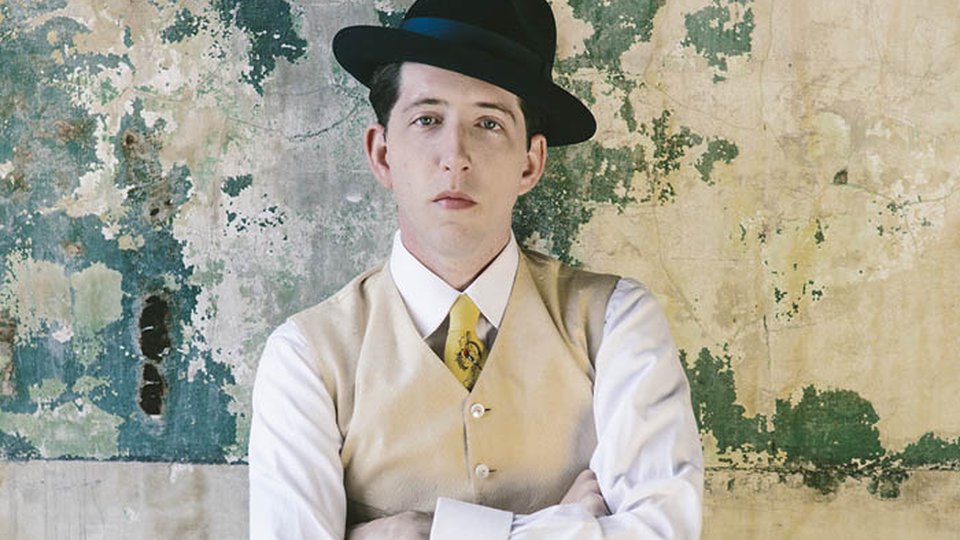 American singer-songwriter Pokey LaFarge has spent his career to date doing things his own way, and he continues to do so with his latest album Something in the Water. Inspired by America’s Midwest, Pokey’s music captures a time before autotune, electronic beats and studio wizadry became common place in the music industry. Pokey doesn’t hide behind any gimmicks, instead allowing his real passion for music shine through. Last night he performed at London’s Islington Assembly Hall as part of his extensive tour in support of Something in the Water.

Something we learned very quickly last night is that the best way to experience Pokey LaFarge is to see him play live. Whilst we’re big fans of his album Something in the Water, it’s not until you see him live that he completely makes sense. Opening his 95 minute set with Knockin’ the Dust Off the Rust Belt Tonight, taken from his latest album, Pokey’s infectious brand of singer-songwriter Americana energised the audience and kept them dancing for the entirety of the show.

For his setlist Pokey selected songs from his latest album along with old favourites that drove the crowd wild. From Something in the Water the highlights were the lively title track, the bluesy feel of Underground, and the quirky sing-a-long Wanna Be Your Man. From his back catalogue the catchy La La Blues was one of the evening’s highlights and Drinkin’ Whiskey Tonight had many of the audience joining the celebration with their whiskey in the air throughout the song.

Our favourite moment came on the Spanish-influenced Goodbye, Barcelona, which is one of the standout tracks on Something in the Water. It sounded fantastic live and the atmosphere Pokey and the band created was pretty amazing.

Watching Pokey and his band perform is a joyful experience. They clearly all love what they’re doing and Pokey’s smile and charisma is so infectious that you can’t help but fall for his charms. Between songs he showed off his beaming smile as he interacted with the audience. The chemistry between Pokey and his band was evident throughout the show and he allowed them to shine too. Chloe Feoranzo, who played the clarinet and saxophone, joined him on vocals for City Summer Blues whilst cornet and trombone player TJ Muller proved incredibly energetic matching Pokey for enthusiasm. We simply have to mention bassist Joey Glynn, guitarist Adam Hoskins and multi-instrumentalist Ryan Koenig too who were so tight it was jaw-dropping.

Pokey LaFarge may not be a name that is widely known yet in the UK but he’s one that should be. His music is accessible to everyone, as witnessed by the very varied audience at the show last night, and his live performance is truly something special. There’s nothing more magical than seeing a performer who truly exudes passion and Pokey certainly does that. Backed by his incredible band, Pokey is one of the best live performers we’ve seen in a long time and he is proof that real musicians are still out there in the industry if you look hard enough.