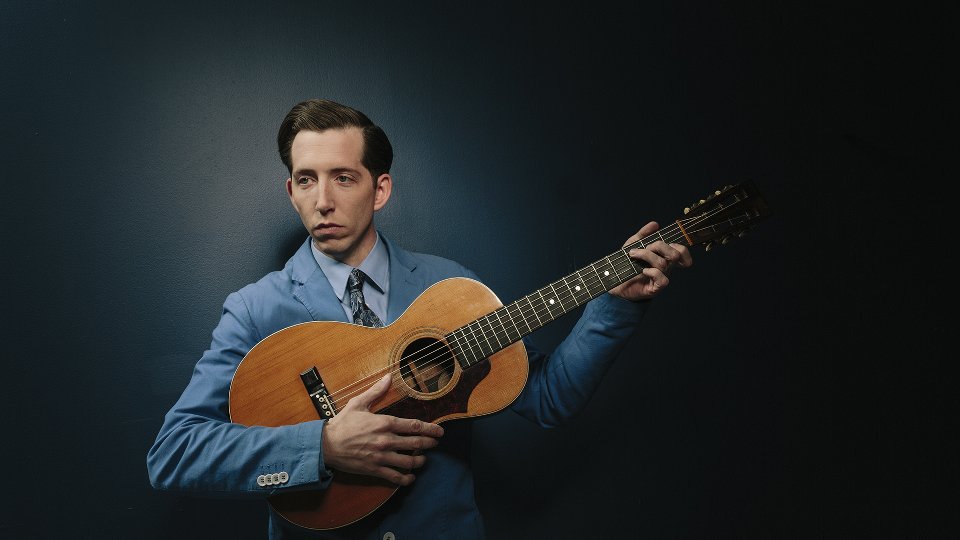 Andrew Heissler aka Pokey LaFarge has always marched to the beat of his own drum. The singer/songwriter/multi-instrumentalist was born in Illinois but has been based in St Louis where he has drawn much of the inspiration for his music. Pokey self-released his 2006 debut album Marmalade and since then he’s released another 4 studio albums as well as a live album and a handful of singles and EPs. For his latest record, Something in the Water, Pokey is making his Rounder Records debut.

Something in the Water is a record that’s unique and definitely doesn’t attempt to follow the latest chart trends. Throughout his career to date Pokey has explored American roots as the basis of his music and he continues to do so here. Something in the Water is a real mixture of genres and sounds including jazz, ragtime, country, blues and swing. It captures a golden era of music with Pokey providing a contemporary twist.

The album opens with the atmospheric title track that sets the tone for the record. Pokey sounds like he’s from another time as his distinctive vocal drives through the stompy beat and layered background harmonies. From there on variety is the key as Pokey takes you on what feels like a potted history of the sounds of the mid-west. The rockabilly stomp of Actin’ A Fool gives way to an epic blues harmonica solo, Far Away strips things back to simple folk sensibilities, and Bad Girl takes you back to the time when speakeasies were all the rage.

Our favourite moment on the record comes on the horn driven Wanna Be Your Man. The song is infectious with its jolly beat and Pokey’s charming vocal delivery. We think about sitting in a smoky jazz club in the US dressed to the nines with a martini in our hands when we listen to the track (and in fact most of the record).

Elsewhere on the record Pokey explores a more European feel on Goodbye, Barcelona and provides plenty of swing on album highlight Underground.

Something in the Water is an intriguing and layered record that offers more with repeated listens. There’s a lot to uncover on the record and Pokey is an endearing talent that captures your interest. The record is quite unlike anything else around today and it will serve to please Americana fans old and new. If you like your music with a bit more substance and a whole lot more artistic merit then the current chart climate, we highly recommend you check Pokey out.