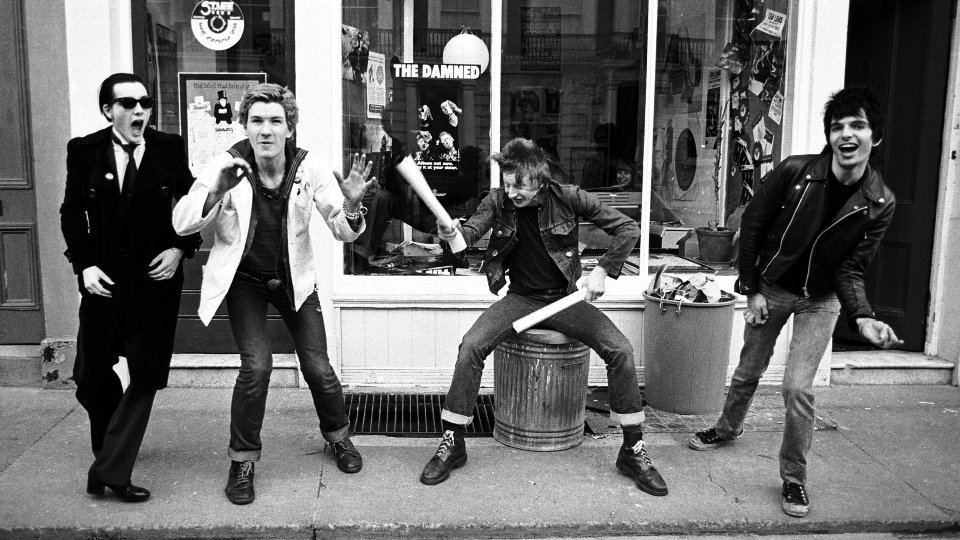 Don’t You Wish That We Were Dead, the documentary of British punk pioneers The Damned from filmmaker Wes Orshoski will make it’s European premiere on 3rd June 2015 in London at the Prince Charles Cinema in Leicester Square.

Shot around the world over the past four years, The Damned: Don’t You Wish That We Were Dead made its world premiere in March at the South By Southwest Film and Music Festival in Austin, Texas. The authorized film features appearances by Chrissie Hynde (The Pretenders), Mick Jones (The Clash), Nick Mason (Pink Floyd), Lemmy Kilmister (Motörhead), Duff McKagan (Guns ‘N’ Roses), Ian MacKaye (Minor Threat/Fugazi), Jello Biafra (Dead Kennedys), actor/comedian Fred Armisen, and more.

The documentary charts the band’s unique history and bitter infighting; it captures the band in the midst of a 35th anniversary tour in 2011 which estranged former members Rat Scabies and Brian James answered with their own anniversary tour. Meanwhile other former members reunite in the unlikeliest of places—a Welsh cancer ward; elsewhere, members of Black Flag, Circle Jerks, Melvins, T.S.O.L., Buzzcocks, Adverts and the Offspring detail the Damned’s role in setting fire to the dinosaur rock of the 1970s while sparking the punk movement in America.

On 4th June 2015, the Arthouse in London’s Crouch End will feature a Q&A with Rat Scabies, while former Damned bassists Paul Gray and Bryn Merrick will appear in the post-film chat during the June 8th event at Chapter Arts in Cardiff. Brian James and current Damned keyboardist Monty Oxymoron will appear in Q&As following the Brighton screenings on June 10th at Duke’s at Komedia.

Director/producer Orshoski, who made his film debut with 2011’s “Lemmy,” will appear in post-film Q&As at each screening through the June 13th stop in Glasgow.

For tickets and more information head over to at www.damneddoc.com.

Advertisement. Scroll to continue reading.
In this article:The Damned