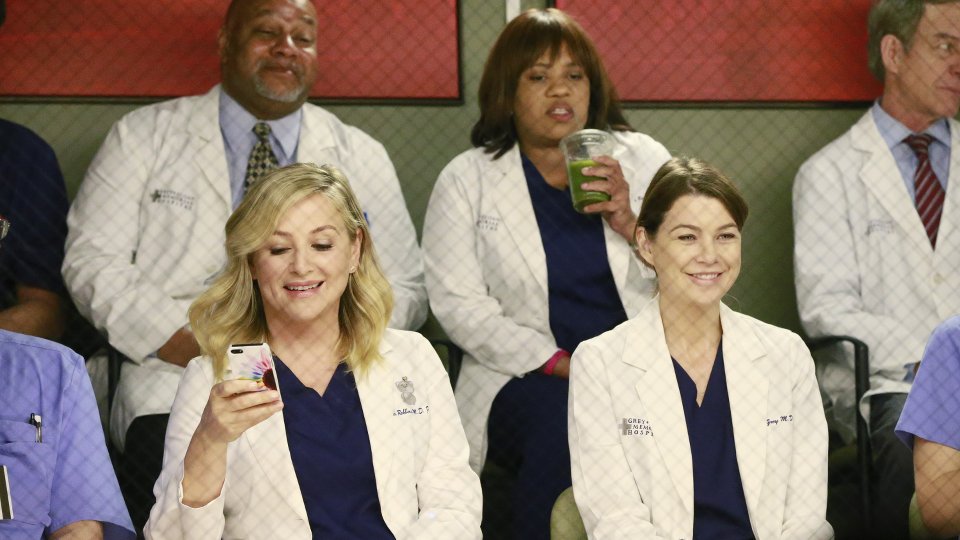 The most divisive season Grey’s Anatomy has (ever?) had came to its conclusion in the UK tonight.

If you haven’t seen the season 11 finale and want to avoid spoilers, we suggest that you stop reading now. If you have seen it and want to hear our thoughts on the next season then keep reading.

The first season following the departure of Cristina Yang (Sandra Oh) was always going to be a tough one but no one expected that another major character would be exiting the show so soon. The reduced role and subsequent death of Derek (Patrick Dempsey) has provided plenty of fodder for angry fans and sent ripples through the show’s fanbase. Some fans have claimed they’ll never watch the show again whilst others have realised that although they’ll miss the character, the show can go on without him.

Aside from Derek’s shocking death, season 11 proved very much to be the season of Meredith (Ellen Pompeo). The brilliant surgeon was reminded of her talents, found her ambition again, and learned that she could live without her husband although she realised she didn’t want to. Meredith also had to deal with the shock of Maggie (Kelly McCreary), a half-sister she never knew she had, turning up as the replacement for Cristina. Despite a prickly start the sisters started getting to know one another and they finished the season in a much better place than where they started.

Arizona (Jessica Capshaw) had a rocky ride when she was taken under the wing of brilliant but abrasive Dr. Herman (Geena Davis) who was dying from a brain tumour. With the help of Amelia (Caterina Scorsone), now a series regular, Herman was saved but at the expense of her eyesight. Also having a rocky season were Jackson (Jesse Williams) and April (Sarah Drew) who suffered the devastating loss of their baby and were further pulled apart by April’s decision to do an extended tour of duty with Owen (Kevin McKidd). In the finale it looked like things could be very much over for the two of them.

Elsewhere Bailey (Chandra Wilson) was being lined up as the new Chief of Surgery by Richard (James Pickens Jr), Alex (Justin Chambers) and Jo (Camilla Luddington) took their relationship to the next level, Owen and Amelia had an on/off flirtation with romance, Callie (Sara Ramirez) got back into the dating game following her split with Arizona, Richard and Catherine (Debbie Allen) got married, and Steph (Jerrika Hinton) got a new team of interns to look after.

There was certainly plenty going on by the season finale so we’ve collected together our thoughts on the Top 10 things we want from season 12 of the show.

1. Meredith working on her relationships. Whilst being a brilliant surgeon, Meredith is more like her mother Ellis (Kate Burton) than she would care to let on. Her tendency to deal with things on her own and her sometimes cold outward appearance often prevents her from building new relationships, or even relationships at all. Meredith has a lot of bridge building to do with Amelia following Derek’s death, and it seems the two women were in a better place by the season finale but we suspect they have a long way to go. Similarly Meredith’s relationship with her half-sister Maggie has been a difficult one but Meredith is finally allowing Maggie to lean on her and come to her for advice. The scene in the finale with the three women dancing together was a powerful one and we’re looking forward to the trio being explored further.

2. Jackson and April to work things out. This relationship had our hearts hurting for the majority of the season. Whilst the two characters married impulsively, after being in love with one another for a long time, the fallout has been pretty spectacular. They had grown closer until they discovered that their baby would die soon after birth and that tragedy pushed them apart. The loss of the baby transformed April into a ballsier character with a gung-ho attitude that often left Jackson by the wayside. The two characters need to learn to live fulfilled lives apart, as well as together, and figure out what their future could look like. We’re rooting for them.

3. Bailey to have a battle for Chief. Richard keeps making Bailey promises he simply can’t keep and this could be another one as he’s agreed that Catherine can bring in an outside candidate to compete for the role. This gives the show the opportunity to bring back a character we all know and love to shake things up a bit. We don’t think Bailey is going to be handed the position of Chief and we actually think it may work better story wise if she doesn’t get it. The conflict it could cause in her relationship with Richard would be interesting and she’s a bit too cocky about her chances.

4. A big storyline for Callie. We understand that not every character can shine every season but we thought that Callie was seriously underused in season 11. She didn’t really have a big storyline – sure there was the trials she was doing with Derek and Owen and the break-up with Arizona but she never really took central focus.

5. Alex and Jo to take things to the next level. It’s been a long time coming and we think it’s time Alex and Jo got engaged, and dare we say married, in the next season. They’ve been together a long time now and it’s the longest relationship Alex has had. Now they’re buying an apartment together, we hope they’re heading towards marriage.

6. Plenty more Amelia. We love Amelia and are so glad she is now a series regular. For our money, Amelia was one of the best things about season 11 and we enjoyed the storylines with Dr. Herman, the rivalry with Derek, the fractured relationship with Meredith, and her will they/won’t they story with Owen. Cristina and Owen shippers want Amelia kept away from Owen but we think it’s time the poor woman got some happy. In the past few years she’s lost her boyfriend, her baby, her sobriety and her brother. Give the poor woman a break!

7. Steph showing what’s she capable of. We got an interesting glimpse into the challenges that Steph is going to face whilst running a team of interns. She got too cocky too quickly which resulted in her trusting an intern she mistook for a doctor, and nearly killing a patient by over-estimating the capabilities of her new charges. Rightly she got wrapped on the knuckles for it, so in season 12 we want to see Steph rise to the challenge and prove what a good doctor, and mentor, she really is. Catherine Avery believes in her so who are we to argue?

8. Maggie to work on her relationship with Richard. Maggie was quite rightly angry and upset when she discovered Richard was her father and that it took him a while to build up the courage to tell her. The two characters have grown a little closer but now that the illusion of Maggie’s perfect parents has been broken, we hope it pushes Maggie closer to Richard. Everyone makes mistakes and to be fair Richard had no idea she even existed so we’re not surprised he approached her with caution.

9. Plenty of Dr. Andrew DeLuca (Giacomo Gianniotti). Grey’s has lost a lot of guy candy over the years (Derek, Mark etc) and there was something of a young McDreamy about intern DeLuca. He didn’t have the best start after deceiving Steph but we hope we get plenty more of him in season 12. Could he be a love interest for Steph? We think so!

10. The return of some familiar faces. There’s a lot of buzz about fans wanting to bring Katherine Heigl back as Izzy but we’d rather see Addison (Kate Walsh) or Teddy (Kim Raver) back at Grey Sloan Memorial. Bringing back an old character could get some angry fans back on side after the departure of Derek.

Grey’s Anatomy will return for a 12th season on ABC in the US and Sky Living HD in the UK this autumn. What do you want to see in the new season? Leave your comments in the usual place and remember to keep it civil and constructive.