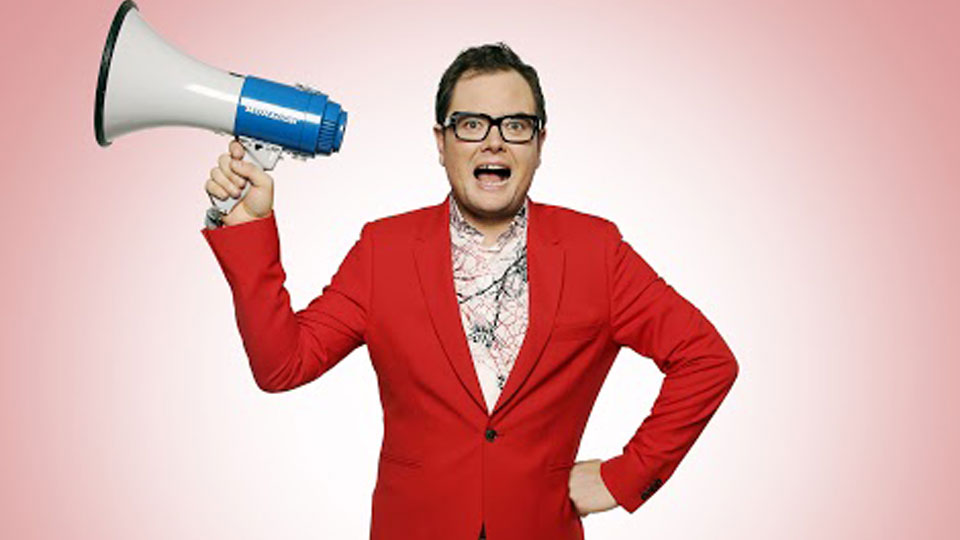 The Comedy Trust has announced the return of the annual Liverpool Comedy Festival for a 14th consecutive year, running from Friday 18th September to Sunday 4th October in venues across the city region.

They have also confirmed some stellar stand-up comedy names to start the ball rolling with two of the main attractions, the comedy giants and stand-up heavyweights Alan Carr and Dave Spikey, with tonnes more names to follow.

Comedian, author and chat show supremo Alan Carr brings his show ‘Yap Yap’ to the Philharmonic Hall on 18th and 19th September. Since winning the BBC New Comedy Award for Stand-up as well as CityLife Best Newcomer of the Year in 2001, Alan Carr has become one of the hottest comedy stars in Britain. The success of the first series of his own chat show, Alan Carr: Chatty Man, in the summer of 2009, led to Channel 4 commissioning umpteen further series as well as Christmas Specials and his summer, New Year and Grand National Specstaculars.

Joining Alan, also at the Philharmonic Hall is the star of Phoenix Nights and That Peter Kay Thing Dave Spikey who arrives in the city on 2nd October with his latest tour ‘Punchlines.’ The Multi-Award Winner is one of the most sought-after comedy talents in the UK today. With a career spanning two decades, he has numerous TV appearances to his name as a stand-up comedian, presenter and actor – and behind the screens, as an acclaimed comedy writer.

As ever the Liverpool Comedy Festival isn’t purely about the household names, they will showcase some of the most exciting up-and-coming comedy acts and programme comedy into the better known venues across the city as well as some pretty unusual (and secret) spaces.