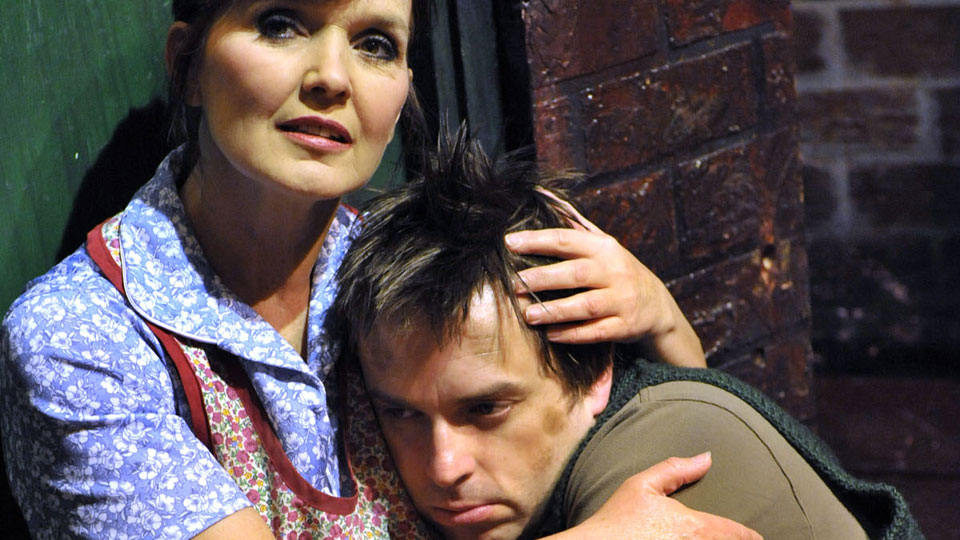 Following a successful spring season of sell-out shows, Marti Pellow is back by popular demand to continue his role as Narrator for the autumn leg of Blood Brothers, opening in at the New Wimbledon Theatre on Tuesday 8th September.

Marti extends his role in Willy Russell’s critically-acclaimed musical, at selected theatres across the UK from September. Also returning to the show will be Maureen Nolan, who will reprise her role as the tragic Mrs Johnstone.

Marti Pellow is one of music’s most respected artists. For over 30 years he has enjoyed global success: as the lead singer of Wet Wet Wet, as a solo artist, and as one of the UK’s most acclaimed leading men of musical theatre.

Maureen Nolan has been singing with her sisters since she was nine years old. Together they became one of Europe’s first girl bands – The Nolans. The Nolans’ success is legendary, including phenomenal record sales worldwide, particularly in Japan where they sold more records than The Beatles! Maureen has played Mrs Johnstone in Blood Brothers in the West End and on tour to critical acclaim. She was the fourth Nolan sister to play the role, earning them entry in to the Guinness Book of Records.

Hailed as one of the best musicals of all time, Blood Brothers has triumphed across the globe. Scooping up no less than four awards for best musical in London and seven Tony Award nominations on Broadway, Blood Brothers is simply unmissable and unbeatable. This epic tale of Liverpool life ran in London’s West End for 24 years and exceeded 10,000 performances. It is one of only three musicals ever to achieve that milestone.

Blood Brothers is directed by Bob Tomson and Bill Kenwright with design by Andy Walmsley. Dan Samson is the sound designer. Tom De Keyser is the musical supervisor and Kelvin Towse is the musical director.

See http://www.kenwright.com/ for details and to book.

Advertisement. Scroll to continue reading.
In this article:Blood Brothers