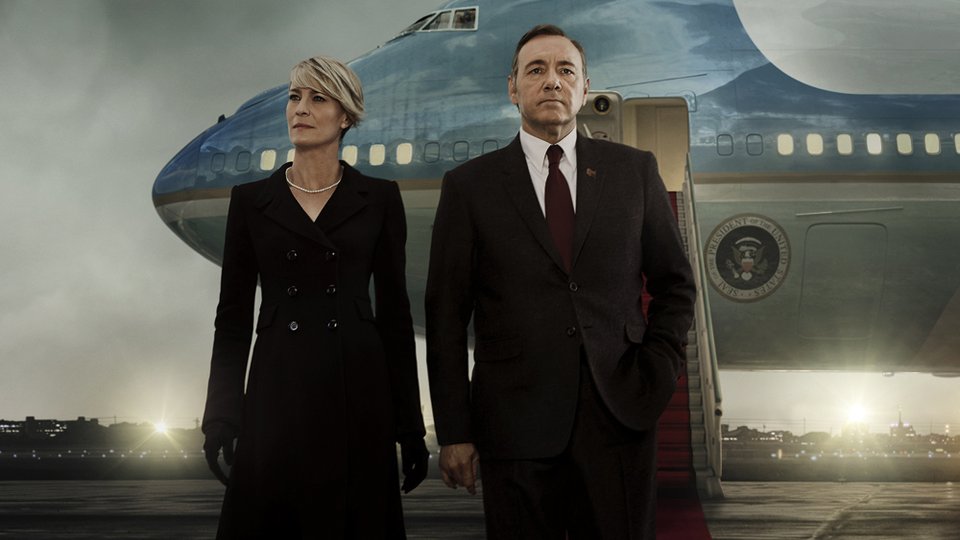 House of Cards: The Complete Third Season will be available to own on Digital HD from 27th June 2015 and Blu-ray and DVD from 29th June 2015.

All 13 episodes of will be available in four-disc Blu-ray and DVD sets, both with collectible packaging, along with an all-new featurette, “Backstage Politics”, which provides an extensive behind-the-scenes look into the creation of the season. Exclusive to Blu-ray is an additional featurette, “A Death in New Mexico”, which chronicles the surprising Chapter 39 plot twist.

In Season 3 of House of Cards, President Underwood fights to secure his legacy and Claire wants more than being the first lady. The biggest threat they face is contending with each other. This original thriller series stars Kevin Spacey as ruthless, cunning Francis Underwood, who will stop at nothing to conquer the halls of power in Washington D.C. His secret weapon: his gorgeous, ambitious, and equally conniving wife Claire (Robin Wright).