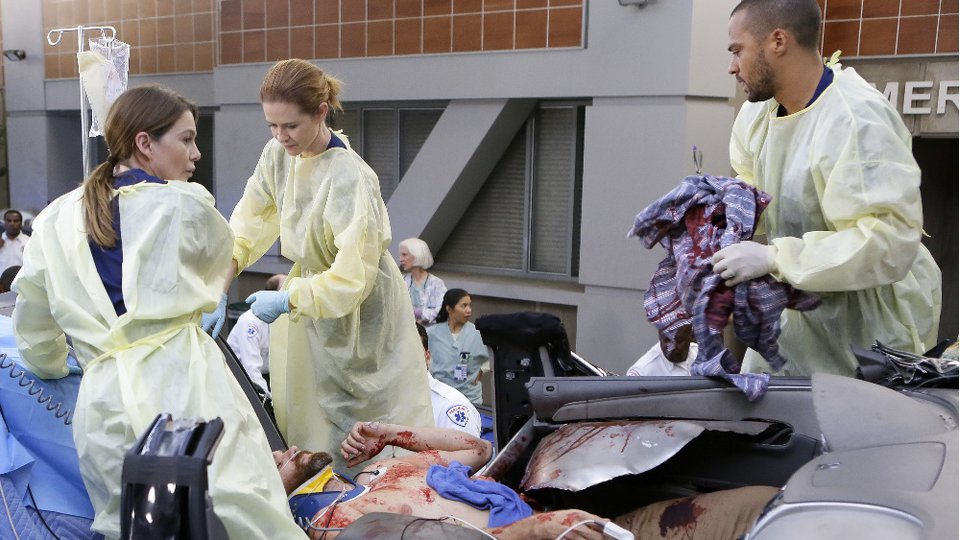 The Grey Sloan team had to pull together in the latest episode of Grey’s Anatomy when a tunnel collapse put them to the test.

Meredith (Ellen Pompeo), April (Sarah Drew), Maggie (Kelly McCreary) and Amelia (Caterina Scorsone) jumped into action to try and save a man trapped in, and impaled by, a car whilst Steph (Jerrika Hinton) and her new team of interns tried to save his pregnant partner. The episode came to an end with April having transported the car wreck, with the injured man inside, to the front door of the hospital in a last ditch attempt to save his life.

Elsewhere Amelia confronted Meredith about her decision to end Derek’s (Patrick Dempsey) life support without speaking to her, Richard (James Pickens Jr) called off his wedding, and Maggie received bad news from her parents.

The season finale is You’re My Home. Season 11 concludes as the team tackle an unfathomable crisis that brings them closer together and reminds them of what’s important.

Tune in to Sky Living HD at 10pm on Wednesday to see the season finale. Preview it with our gallery below: